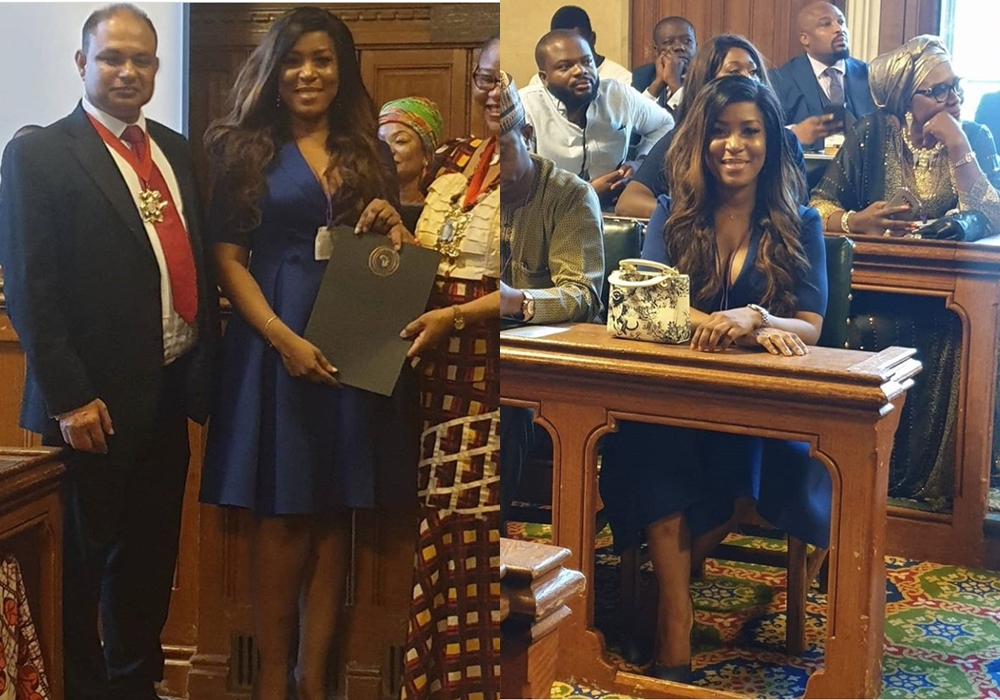 Popular Nigerian Blogger, Linda Ikeji has been awarded the African Media Personality of the Year award at the 2019 African Achievers Awards.

The award ceremony in its 9th edition of took place at the House of Commons, Palace of Westminster, United Kingdom.

The prestigious awards, which is an annual awards event that recognises personalities who distinguished themselves in their contributions toward the growth and development of Africa,had Mrs Abike Dabiri-Erewa, Chairman of the Nigerian Diaspora Commssion in attendance.

The high point of the ceremony was the Achievers honours that was presented to Africans making a difference in various sectors across the Globe.

In 2018, Ikeji received an honorary doctorate degree from the Trinity International University of Ambassadors in Georgia for her contribution to African media and business.

After graduation from the University, Ikeji worked hard to break into journalism by launching her own media company, Blackdove Communications, a modelling agency and events management outfit.

She also started a magazine called FM which release its first issue in 2006.