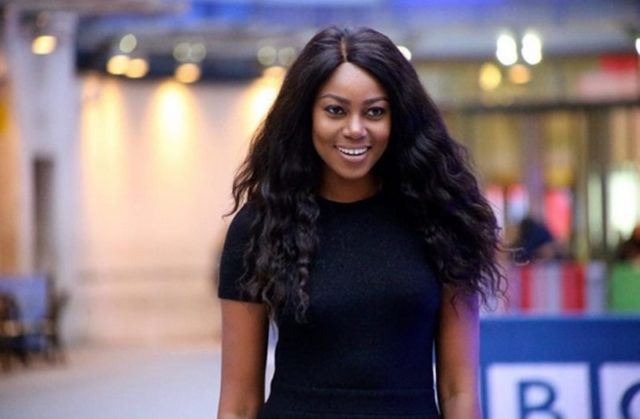 Ghanaian actress and movie producer, Yvonne Nelson, has revealed that acting made her unserious with school work.

The 33-year-old screen goddess made this known in an interview with Joy FM.

“I would go on stage every Saturday in SHS. I had to rewrite some papers. I was so into entertainment that I didn’t take my schooling serious. You can easily mess up and not make it to university. I regret not paying attention to my books so when I see kids of today, I tell them to pay attention to their books,” she said.

In the interview, she said that she was however proud to have graduated because she didn’t want to defer.

Yvonne Nelson has expressed interest in getting a master’s degree in international relations.

Yvonne Nelson has starred in countless movies such as Any Other Monday, In April, and Swings.

The father of the child is Jamie Roberts, a British photographer.