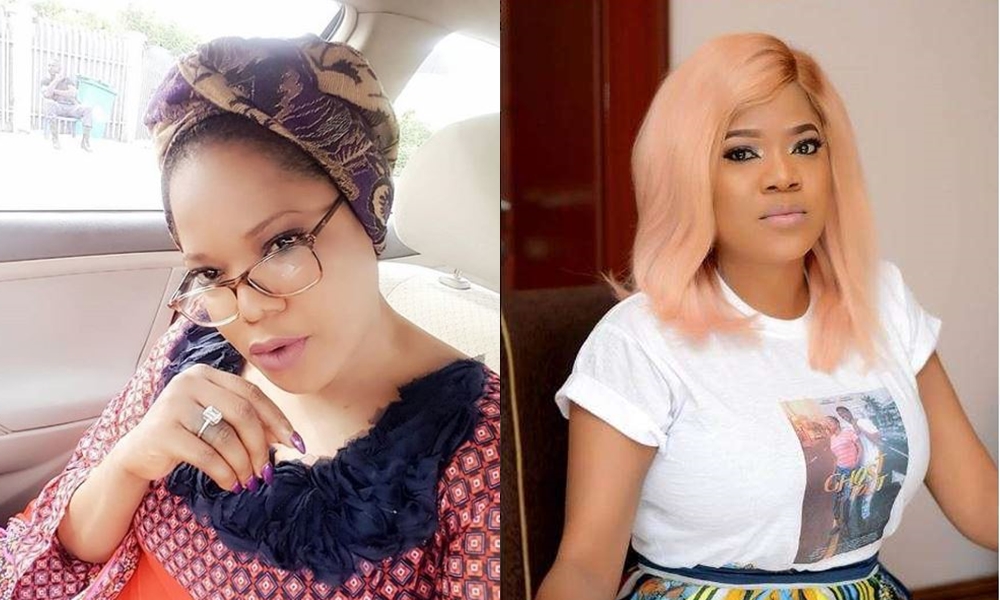 For star actress, Toyin Abraham, July is indeed her month of perfection.

According to Kemiashefonlovehaven, the actress had a baby shower on Sunday July 14, in the US where she is expected to have her baby.

Since she wanted it private, no photos were shared and close friends are keeping mum on the matter.

“Toyin Abraham can never declare or feature she is married to actor Kola because there is a divorce case ongoing between her and estranged husband, Adeniyi Johnson. Publicly acknowledging so would amount to bigamy and that is a criminal offence in Nigeria.

“Also, Kola has denied any affair between them when he spoke negatively about bloggers some weeks ago. The man is confused and not a few believe Toyin isn’t proud of her relationship with him.

She’s also hiding her pregnancy from the public. Already, Toyin, who is abroad in preparation to have her baby, must have been joined by her husband, who shared a photo of being at the airport a few days ago,” a source told Kemi Ashefon.