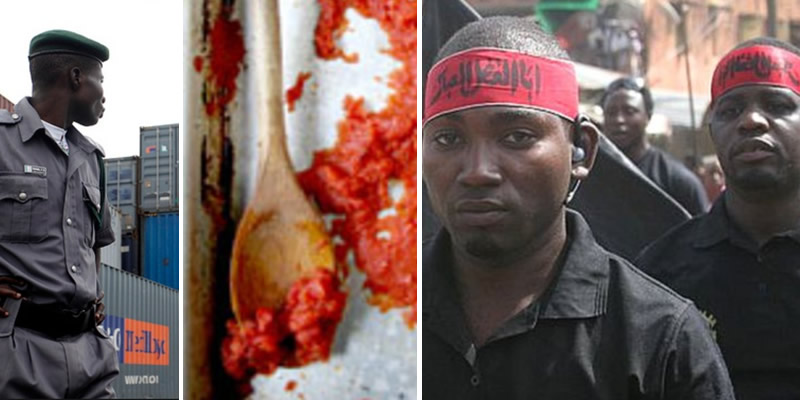 The Nigeria Customs Service (NCS) has raised an alarm on expired and low-quality tomato paste currently in circulation across the country.

According to reports, expired and low-quality branded “Shirin Asal my tomato paste”  is  currently in circulation in Nigeria. Nigeria Customs Service has confirmed the importation and distribution of the fake product in the memo below; 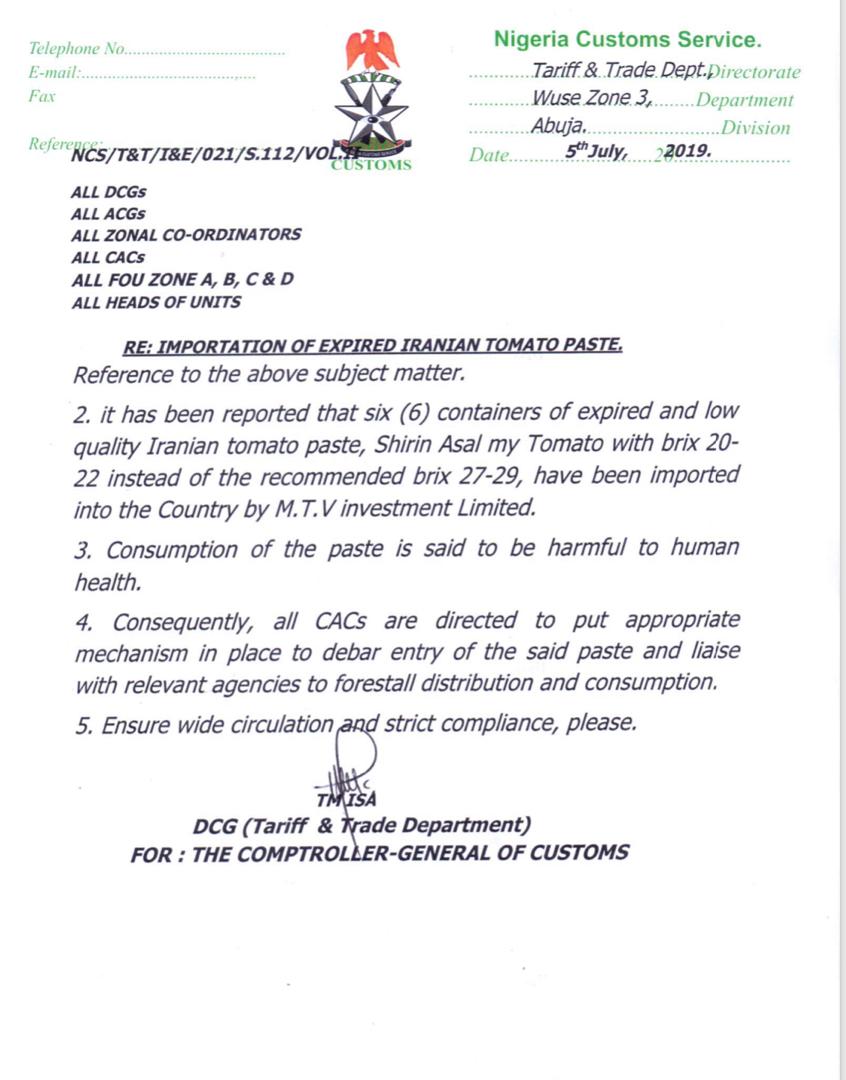 The motive may not be unconnected from the Persian’s ties with the dreaded Islamic Movement of Nigeria (IMN) and devilish ambition to cause havoc in form of heavy deaths on Nigerians.

The spiritual leader of the group Ibrahim El-Zakzaky often travelled to the West Asian nation to sort of touch base with what can now be regarded as the Shia headquarters of the world.

His motive was to create an Islamic republic in Nigeria – similar to Iran, culminating in numerous confrontations with the government.

The IMN’s evil tendencies surged in recent times – with the most recent an attack on the National Assembly – a move if wasn’t repelled, may have ultimately overthrown the government.

It may have been out of this utter desperation that the Iranian authorities opted to deploy other schemes to infiltrate into the country.

In a memo to various agencies signed by DCG TM Isa, the NCS said instead of the brix 27-29 recommended, brix 20-22 was allegedly imported into the country by MTV Investment Limited.

The Customs also urged other government agencies to effectively collaborate with it to contain the menace said to be a poison in disguise.

It said: “Consumption of the paste is said to be harmful to human health.

“Consequently, all CACs are directed to put an appropriate mechanism in place to debar entry of the said paste and liaise with relevant agencies to forestall distribution and consumption.”

The IMN is known for its radical and intrepid protests.

However, the recent dimension may not be far away from the Hezbollah’s military expansion from the Middle East to Africa, with Nigeria leading the way.

Nigerians were spotted in Dahieh, a predominantly Shiite suburb south of Beirut where Hezbollah runs a cultural centre.

According to sources, they received “training courses” at this centre.

“The training is limited to a few numbers of people but it is growing steadily,” one source confirmed, speaking on the condition of anonymity.

“The Shiite Nigerians initially receive a religious training before a military one that is provided in two camps in the Lebanese Bekaa,” he noted.