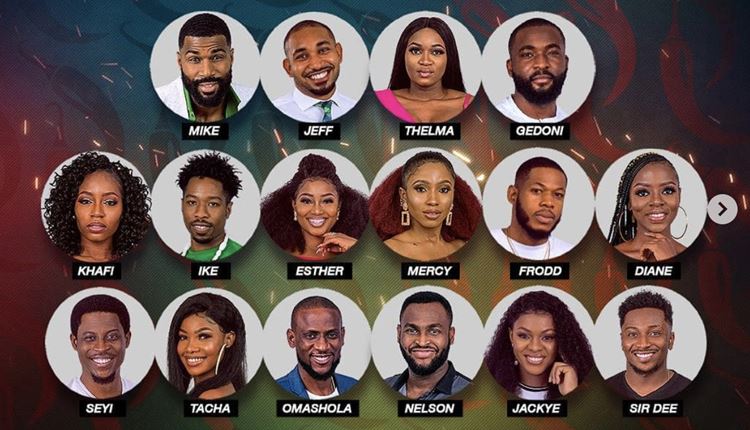 Big Brother broke the news that all the pepper dem housemates for season 4 are up for possible eviction few minutes after they nominated each other during live nomination show.

All the housemates were surprised when Biggie made the announcement, especially when Khafi was told that her veto power was redundant for the week.

Biggie’s decision has got Nigerians talking on social media platforms. See what they are saying:

Biggie needs to be more strategic. He needs to wake his creative side up! Obviously you are not making enough money because a lot of people are not entertained. #BBNaija

VIDEO: Nigerians React As Bobrisky Dumps Cross-Dressing To Show Up As…

That moment Biggie pulls a 419 on all the housemates. You want to make money this week. So that on eviction Sunday, you will say no one is going home.

Thank you biggy, now we can get rid of boring housemates. All housemates are up #BBNaija pic.twitter.com/VB87pmKAgo

big brother has killed me…. I've lost my ability to can

This is Ojoro, khafi should not be up for eviction because he got the Veto Power, just because Seyi didn't use the Veto he was ban and now some as the Veto, you still put her over for eviction. #bbnaija

It’s either Big brother has lost his liver or become so broke. He’s now bowing down to pressure. There has been cases where people who were hidden in the secret room were exempted from nominations. Why the sudden change? That’s the beauty of the game #BBNaija

#BBNaija dis is now the game of the strongest👏 now we will know those who really have the highest fan base. Nice one biggie 👏👏

So this will really show us who wins this season and whose the top dog .a whole hot mess .Team mercy less shipping this week they are cute and all and we shall resume but mercy comes first double voting .we can top that chart if we are resilient #VoteMercy #TeamMercy #BBNaija

Biggie needs to be more strategic. He needs to wake his creative side up! Obviously you are not making enough money because a lot of people are not entertained. #BBNaija