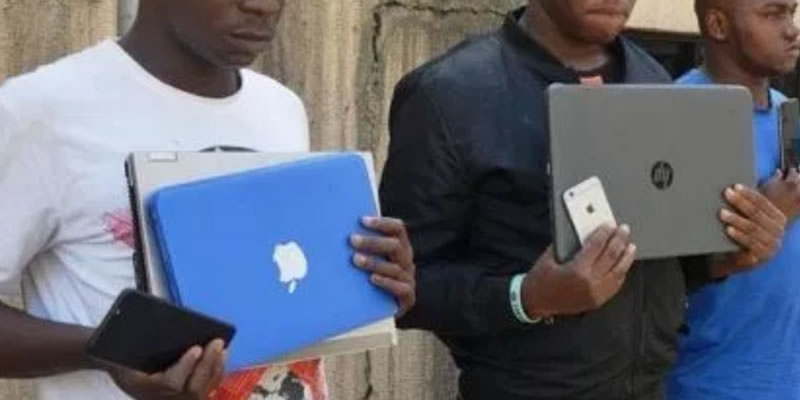 Five internet fraudsters have been sentenced to three years imprisonment by an FCT High Court on Monday for online fraud schemes.

Justice Muawiyah Baba-Idris, who sentenced Ijire, Odili and Iboyi, ordered that proceeds from the crime and other things associated with it be forfeited to the Federal Government and the sales from it be returned to the victims.

The convicts, pursuant to plea bargain agreement made individually with the anti-graft agency, were convicted on their plea of guity.

According to Justice Baba-Idris, cyber crimes are flourishing among the youth to the extent that even secondary school students engage in it.

” I have read the plea bargain agreement it is not inconsistent with the court to adopt the agreement intoto.

” Courts have a duty to enforce the provisions of the Act under which an accused is charged.”

Baba- Idris said the section in which they were charged, which was section 322, posits that whoever cheats shall be punished with imprisonment for a term which may extend to three years or with fine or with both.

He added that it was most appropriate that the prosecuting agencies arraign the accused persons under the prosecution of the right law.

Idris further held that section 270 (11) of the Administration of Criminal Justice Act empowers the court to impose heavier punishment other than the one agreed by the parties.