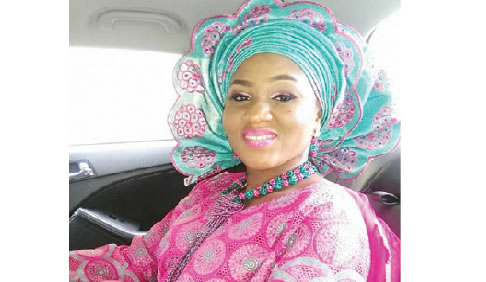 The Lagos State Police Command has organised a search for the kidnappers of a businesswoman , Gbemisola Alabi , who was reportedly abducted while jogging on the Monastery Road in the Sangotedo area of the state.

Newsmen gathered that the 35 – year -old , who left her house around 6 am on Sunday to keep fit , was accosted by some gunmen.

Gbemisola’ s husband , Olamide , told our correspondent that he became worried when efforts to contact her proved abortive , adding that she had planned to visit his mother on the fateful day.

The engineer said , “ I work in Port Harcourt but my family is in Lagos. My wife had planned to visit my mother on Sunday and because I knew that she normally jogged in the morning , I called her around 10 am to find out her preparations for the visit . I knew she didn ’t go jogging with her phone when my daughter picked the call and said her mum was not back.

“ When I called again around 11 am , my wife did not pick ; it was the same around noon and 1 pm. I became worried and called our family members and neighbours to help me search for her around the area where she normally jogged.”

During the search, one of the neighbours , who spoke on condition of anonymity, said people in the area told them that gunmen abducted a woman earlier in the day , adding that personnel of the Ogombo Police Station were following up the lead.

The neighbour said , “ When we found out that she was not back from jogging , we mobilised and started searching for her along her usual route . But , while searching , some people told us that some guys , who came in a tricycle, shot into the air and whisked away a woman.

“We have informed her family and also reported at the Ogombo Police Station and their officers are following up the lead . ”
Gbemisola ’ s brother, Adewale , while lamenting the disappearance of the Osun State indigene, urged the police to investigate the matter, rescue the victim and arrest the perpetrators.

When contacted , the state Police Public Relations Officer , Bala Elkana, said personnel of the Anti-Kidnapping Unit of the command had been deployed with a view to rescuing the woman.

“ We are investigating the case ; we have deployed our specialists from the Anti-Kidnapping Unit to rescue the woman. At first, it was a case of a missing person , but we have now established that she was kidnapped . We have launched a manhunt for those involved in the crime , ” Elkana said.