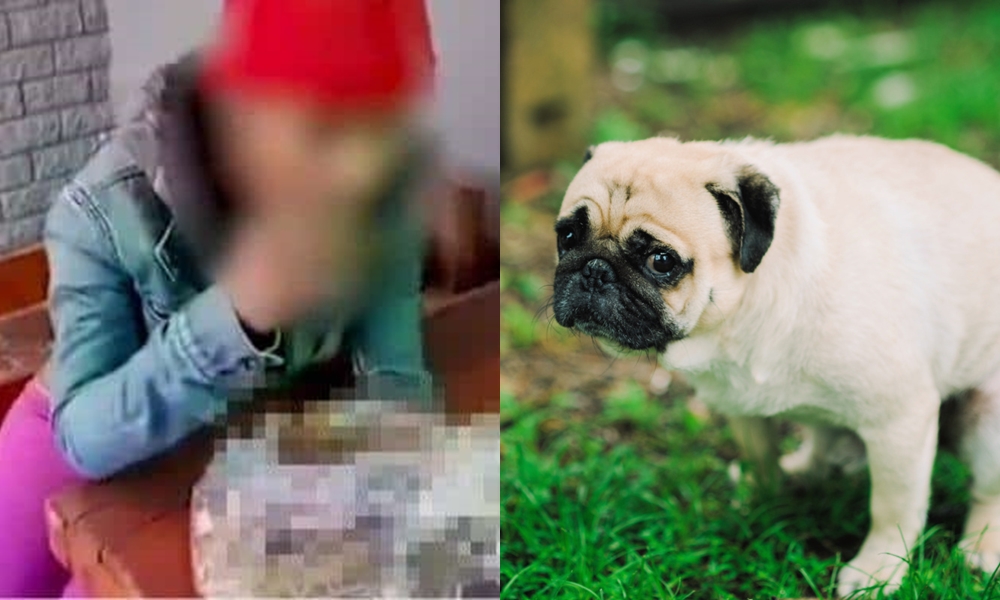 A South African woman is currently under investigation after she filmed herself forcing her boyfriend’s alleged side chick to eat dog poo as punishment for sleeping with him.

A video, which has gone viral on social media, shows Ivodene “Dienkie” van Niekerk, 28, being shouted at and forced to eat out of a big bag of faeces as the nurse hurls abuse at her.

“Eat. I will show you what I do with (cheaters). That is not my k*k, it is my dog’s k*k. You are not going to get nausea and vomit here, can you see my place is clean?,” she is told.

The victim, who moans and struggles to stomach the contents, is then told: “Swallow, you are taking too long, take another piece.”

“Take another piece, you can choose which one you want – soft, hard, mushy or anything,” the woman is heard saying.

The nurse also told the younger lady that she has a sexually transmitted disease but her HIV result is negative.

“When are you going to the clinic?”

The woman replied by saying “Monday”.

“You make sure that you go to the clinic immediately and tell them I sent you. If you don’t go, don’t make me look for you,” the woman says, while waving an object which looks like a chain in her hand.

“There you go, chew for auntie. Beautiful.”

See the video below;

Confirming the police are investigating the sad incident, Police spokesperson Capt FC van Wyk said a case of assault GBH, intimidation and crimen injuria was opened at the Ravensmead police station on Tuesday.