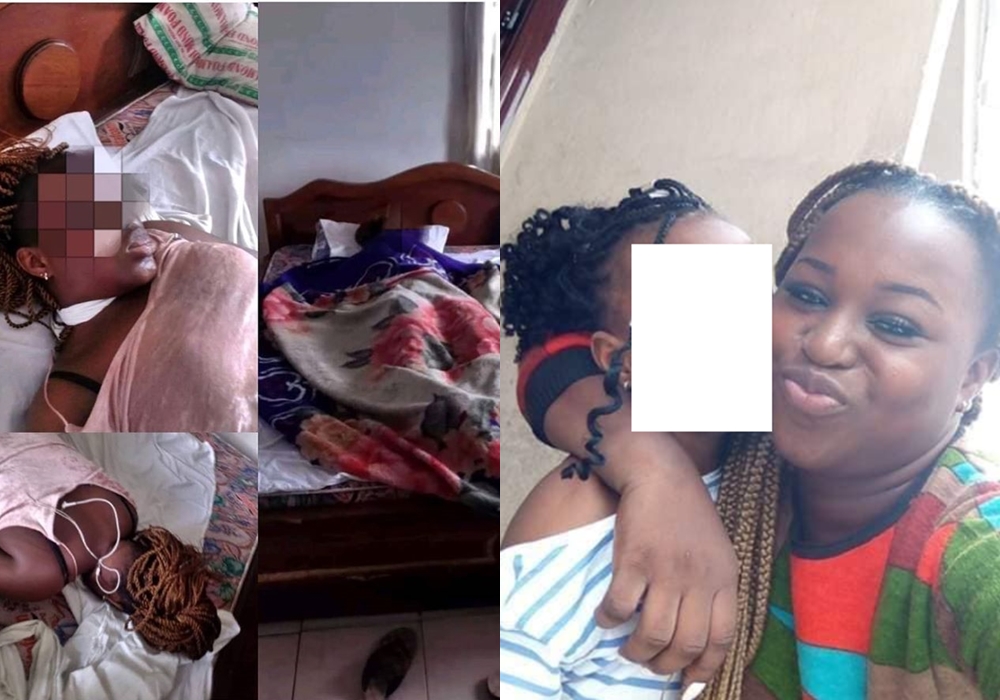 A yet-to-identified lady has been found dead inside her room at a hotel located around D’Line, in Port Harcourt, Rivers State.

According to reports, the lady had checked in last night, only to be found strangled to death, this morning. The circumstance surrounding her death is yet to be revealed as investigation continues.

A lady said to be a mom of one, Maureen Ewuru has been found dead in a hotel room in Port harcourt. The police have now confirmed that her boyfriend is a major suspect. According to the police, the said man who is now on the run left a very good trace which is helping the, carry out their investigation.

Spokesman of the Command, DSP Nnamdi Omoni, said preliminary investigation showed that Maureen must have been strangled by her supposed boyfriend.

DSP Omoni also said the suspect left a trace, which the police are using to trail him, adding that a full investigation has been launched to unravel the circumstances into the killing and arrest of the culprit.

‘Don’t marry a woman used to the good things and force her to adjust’, Lady tells men

Lady leaks bedroom video with Naira Marley after sleeping with him