According to the screen diva who spoke via her Instagram page, she added that most Africans go to church with the intention of getting good jobs, money and a good life.

She continued by saying Africans don’t worship whites also but rather, what the white skin is associated with. She concluded by saying this must be understood.

Ruth Kadiri ventured into Nollywood in the movie ‘Boys Cot’. She has thrived in her career ever since and now has over fifty movies to her credit.

Actress Lydia Lawrence-Nze pens down emotional note as she welcomes…

I’m single and searching for the right man – Actress Christabel…

As a screenwriter, she has written and co-written several movies, some of which include: Matters Arising, Heart of a Fighter, Ladies Men, Sincerity, First Class, Over the Edge.

Ruth also produced films such as Matters Arising, Over the Edge, Somebody Lied and her latest work, Memory Lane which deals with the issue of lies and deceit. 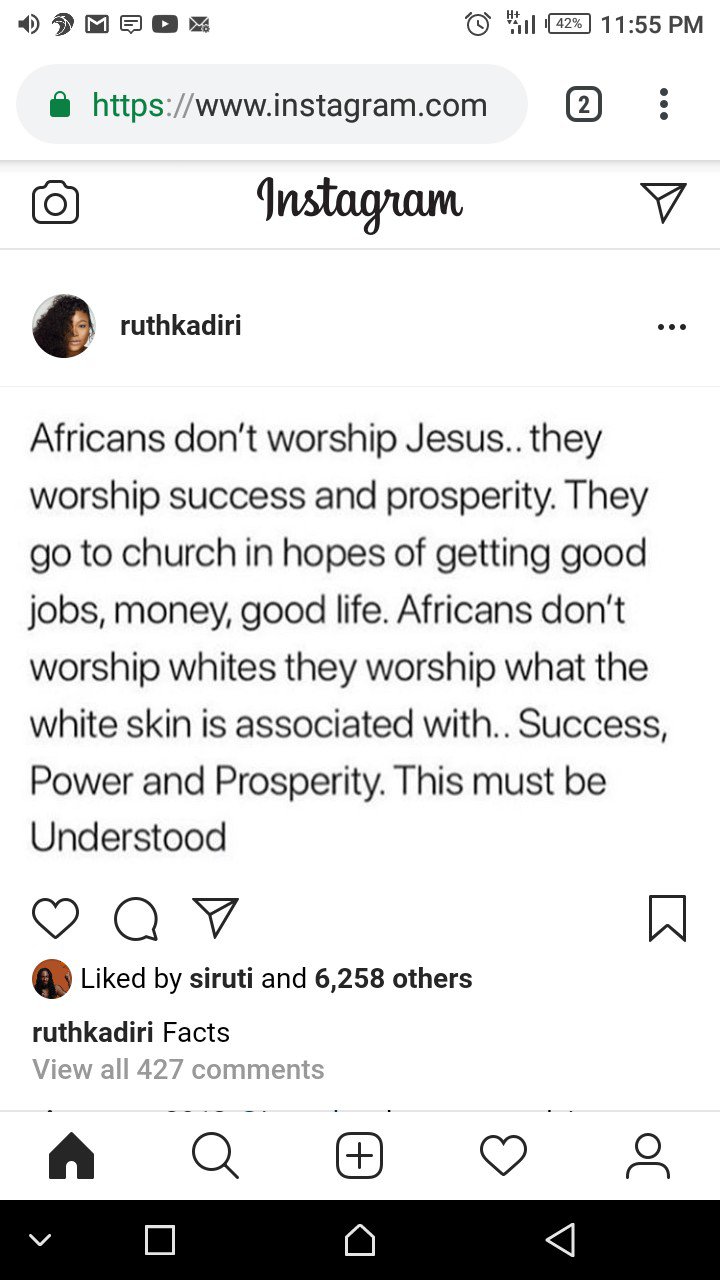 She is a graduate of Mass communication from the University of Lagos and Business Administration from Yaba College Of Technology.

My being single not by scarcity of men, but by choice – Toke Makinwa

My Pregnancy Made Me Depressed, I Did Not Want The Baby – Ruth Kadiri Opens Up