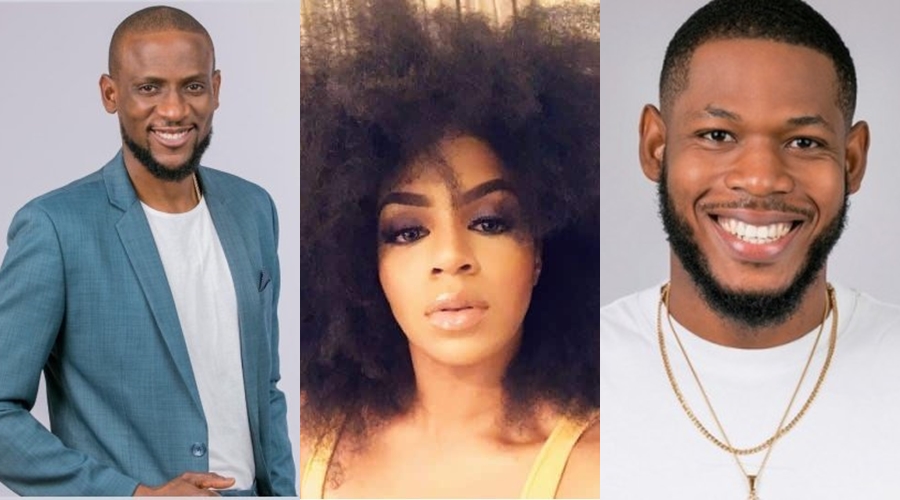 By Ola A On Aug 12, 2019
Source NaijaOnPoint
Share FacebookTwitterWhatsAppReddItPinterestEmailLinkedin

The early days of the 2019 Big Brother Naija reality TV show had some housemates in the persons of Frodd, Esther and Nelson caught in a Love Triangle, while it seem Esther settled for Nelson, Nelson got evicted so apparently, it died a Natural death.

However with the introduction of New housemate, Venita, to the house, another Messy Love Triangle has come alive and viewers are excited over the drama it is giving.

Omashola has never hidden the fact that he felt lonely in the house because the other housemates were already boo’d up and the Minute Venita showed up in the house, Omashola made his move to impress her and try to make her his boo. Frodd was still in the wings as he never really got along with Esther and he also became interested in Venita.

In recent events, the Big Brother Naija Live Show saw the three housemates, call themselves out after being caught in a messy love triangle.

When you talk too much you get yourself in trouble, BBNaija’s…

Ebuka shook some tables during the Live show. While all the housemates were seated in the lounge, waiting for instructions, he appeared on the screen and started to quiz them.

He asked Venita if any of the housemates had changed towards her since her arrival into the house and if she was surprised or disappointed about it.

She answered affirmatively and when he asked who, she didn’t hesitate to mention Omashola and Frodd.

Venita talks about omashola and frodd as ebuka asks her which housemates have changed towards her since she entered the house#BBNaija pic.twitter.com/WcCYfDu2Vc

THE ANSWER FRODD GAVE @EBUKA WHEN ASKED ABOUT VENITA AND ESTHER. #BBNaijia pic.twitter.com/wU3ghHJgFL

Omashola was aked about her relationship with Venita and he spoke about the fact that they weren’t on good terms. He elaborated on the fact that on the day she arrived in the house, he had been elated because they were from the same part of the country.

He had backed off when he had told her how he felt about her but she threw it back at him, choosing Frodd instead.

I suffered and begged to suffer till BBNaija changed my life – Reality star,…

“My boyfriend broke up with me because of Omashola”- Toyin Lawani

Omashola warns suicidal people to stay off his DM (Video)

How I Wish I Could Disappear With My Kid And Never Come Back, Davido’s 2nd Baby Mama Shares Disturbing Post