Celebrities call for arrest of journalists and security… 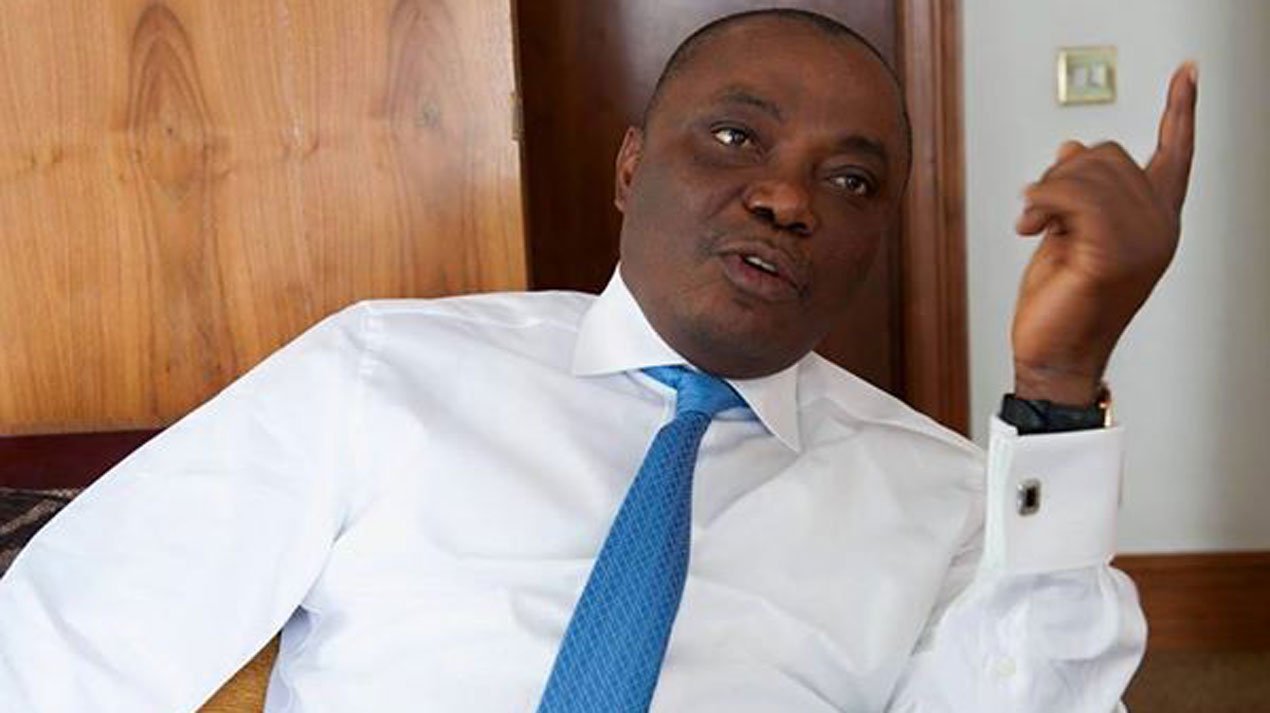 Reall that the court had, on July 2, upon an ex-parte motion filed by the Special Presidential Investigation Panel for the Recovery of Public Property (“SPIP”) on behalf of the Federal Government, granted the order for interim attachment of the assets, including accounts in Zenith, Access, UBA and Sterling banks.

Nwaoboshi, in a motion on notice, filed on July 11, brought to the attention of the court on Wednesday by his lawyer, Robert Clarke (SAN) is also challenging the court’s jurisdiction to further grant audience to the SPIP in relation to his assets.

The Senator’s prayers, as contained in the motion, include “An order setting aside and/or annulling, ex-debito justitiae (as a matter of right) the interim forfeiture and restraining orders made in this suit on July 2, by this honourable court pursuant to the amended motion ex-parte dated the November 22, 2018.

“An order indemnifying the applicant by the complainant/ respondent to the full extent of the loss and damages suffered by the applicant by reason of the said ex-parte interim forfeiture and restraining orders from the 6th July, 2019 in the sum of N50million.”

He is contending that the SPIP made false claim in obtaining the orders.

The Senator stated: “The suit said to have been filed in the name of the Federal Republic of Nigeria and purportedly by the Attorney-General of the Federation, and the ex-parte interim forfeiture and restraining orders sought and obtained therein, was so filed and obtained by the Special Presidential Investigation Panel for the Recovery of Public Property (“SPIP”) in the absence of any lawful authority.

“By the decision in Tumsah v. FRN (2018) 17 NWLR (Pt. 1648) 238, the SPIP is lacks the competence to institute this suit and to seek and obtain the said ex-parte interim forfeiture and restraining orders, and this honourable court is thereby divested of the jurisdiction to entertain the suit and/or grant the said ex-parte orders.

“The interim forfeiture and restraining orders were obtained upon deliberate suppression and/or misrepresentation of facts and with the utmost bad faith.

“The institution of this suit and the filing of the said motion ex-parte for interim forfeiture and restraining orders constitute a grievous abuse of the judicial process.

When the case was called on Wednesday, lawyer to the SPIP, Oluwatosin Ojaomo said his client was not yet served with the Senator’s motion.

Another lawyer, Sylvanus Maliki, who said he represented an interested part – Mrs. Ngozi Veronica Aniezu – said he has also filed a motion.

Upon Ojaomo’s observation that he was also not served with the motion by Maliki, Justice Taiwo Taiwo directed that the motions by Nwaoboshi and Maliki be served on the SPIP lawyer in court.

Clarke had told the court that his client’s motion was earlier served on the office of the Attorney General of the Federation (AGF).

But, upon the judge’s directive, Ojaomo accepted service of the documents, following which Justice Taiwo adjourned until August 16, 2019 for hearing.

The judge also directed Ojaomo to ensure that he responds to all the motions served on him, particularly that by Nwaoboshi, challenging the court’s jurisdiction.

Many public officials not complying with asset declaration law – CCB

Naira Marley lashes out on Twitter users after release, says they are ‘snitches’

AG’s Office: Official records are intact, fire caused by spark from an…

Woman and three of her sons die days apart after contracting…

Bernie Sanders drops out of US Presidential election