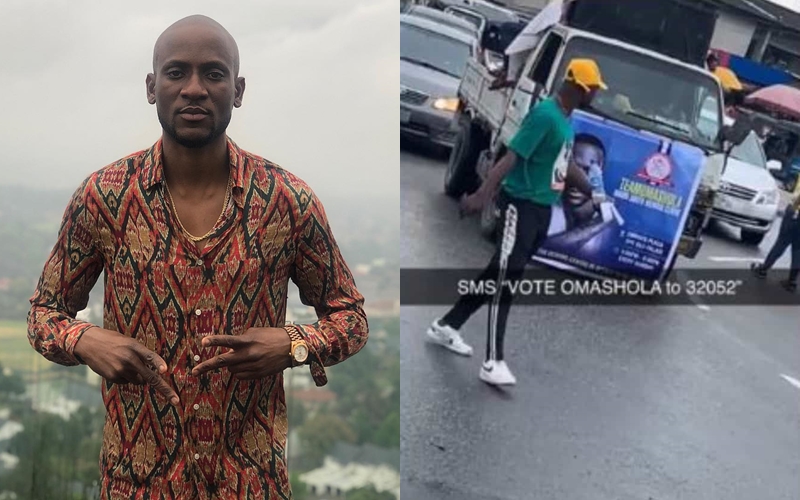 Big Brother Naija contestant, Omashola, is getting massive support from his home-base in Warri, Delta State.

Some supporters and fans of the 38-year-old BBNaija ‘Pepper Dem’ housemate went on a campaign rally to canvas for vote for him, as they drove around Warri in a motorcade.

The campaign is intended to encourage Warri residents to vote for their “waffi” contestant. Mr Jollof, a popular Instagram personality, was captured in a video canvassing for support for Omashola.

Omotshola is a model who has become popular for bringing comic relief to the reality TV show.

Some of his supporters were also spotted wearing t-shirts with his photo on it paired with face caps with #omashola printed on it.

Coronavirus at AMVCA: BBNaija Alex Unusual calls out the celebrities…

‘Toyin Abraham Was Impregnated By A Guy That She Is Older Than’, Lady Rants (Video)