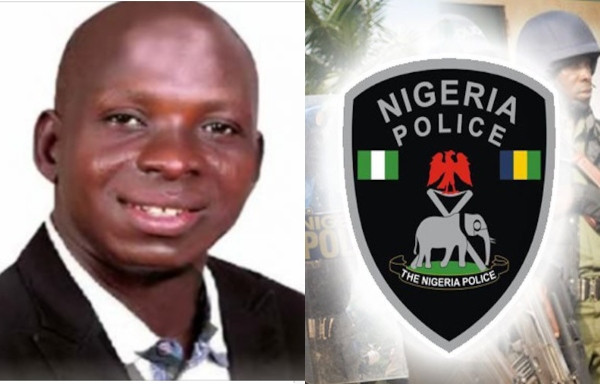 As the investigation to unravel how notorious Taraba kidnapper was released by soldiers after he was arrested by the police force continues, the criminal collaboration between the wanted Taraba Kidnapper, Hamisu Bala and some senior police officers has been revealed in the course of investigation.

WITHIN NIGERIA had earlier reported that three officers of the Nigeria Police Force namely Inspector Mark Ediale, Sergeants Usman Danzumi, Dahiru Musa and an IRT informant Olajide Owolabi died as a result of gunshot injuries that came off an attack by soldiers believed to be allegedly loyal to Wadume who has been linked to several kidnappings.

According to Punch reports, A Divisional Crime Officer (DCO) arrested after his link to the kidnapper was established, reportedly had over 200 phone calls with Wadume.

The DCO was nabbed after Deputy Inspector-General of Police in charge of the Force Criminal Investigation Department, Michael Ogbizi visited the scene of the incident and also interacted with some personnel at Ibi Divisional Police station.

It was found that an incident book where entries were made was torn off by the DCO, to give an impression of the dead IRT team members not following laid down procedures.

“On discovering that the documentation of the IRT team was not reflected in the incident book, the DIG promptly ordered the arrest of the DCO and the Station Officer who were taken to the Force Criminal Investigation Department cell in Abuja.

40 suspects charged to court for looting in Taraba

“A forensic analysis of the call logs of the DCO showed that he had made over 200 calls to Wadume over a few days.

The startling revelations made the police leadership to wake up to the fact that the soldiers alone were not culpable or responsible for the killing of the IRT team.

“There seems to be a deeply entrenched criminal network and deep operational collaboration between the kidnap gangs in the area, the police at Ibi Division and some soldiers of the 93 Battalion, Takum, which would require a very comprehensive and painstaking investigation to unearth and dismantle” a police source said to punch.

The new findings in the investigation uncovered the network of security operatives on the payroll of the fleeing Taraba kidnapper and they include senior police officers and the army captain who allegedly issued the order for the attack on the IRT personnel which led to the rescue and escape of Wadume.

Punch reported that police investigators are now working to establish the financial connections between Wadume, the soldiers and the policemen involved in the killings.

It was however alleged that the Nigerian Police Force refused to release more information after its senior officers got linked to the sad incident that led to the death of 3 IRT operatives.