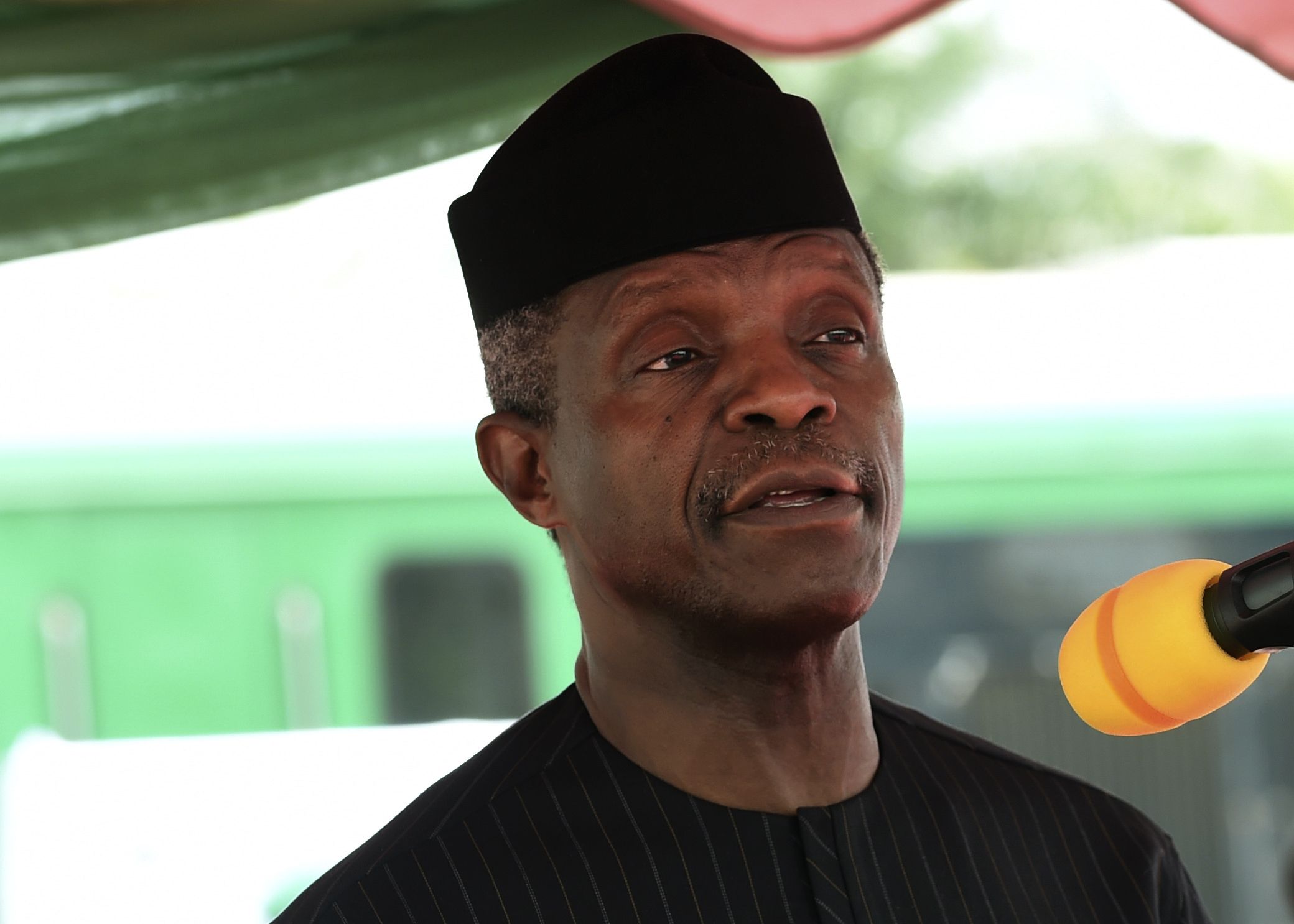 Osinbajo, who spoke at a dinner to mark the 80th birthday celebration of former National Chairman of the APC, Chief John Odigie-Oyegun, jokingly said “it was time for my friends in the PDP to cross over to the APC”.

The Vice President who told a story of an American Republican Senator who told his bewildered family on his dying bed that he wants to cross over to the Democrat said : “Let me tell a story of politician who was a long time life Republican politician in the US.

“He was lying down on a sick bed and was about to die, he said, ‘I want to change my party, I want to become a Democrat so that tomorrow it will be announced that a Democrat died not a Republican’.

“You can see that we politicians very faithful and very loyal indeed. I can only ask our friends in PDP also to ensure that they cross over before they die! It is time for them to cross over.”

He described Chief Oyegun as a loyal party man, an excellent role model and leader who has always been his own man, charting his own course, sometimes, making some real troubles.

He said: “I have always admired Chief John Odigie Oyegun for two reasons. First reason is that somehow, he has always been his own man, charting his own course, sometimes, making some real troubles.

“For example, when as a permanent secretary, he raised contempt proceedings when he refused to testify in principle.

“As a young man, I watched with bathed breadth when they were going to carry him to jail.

“The second reason for my admiration is that some how, he manages to be so deep in Nigerian politics even though he doesn’t look like a politician or sound like one.

“He always sound like a fine, well read and well spoken gentleman driven into politics by some rascals.
“But indeed, he is a consummate politician and an astute strategist.

“It is this particular attribute of being in politics without being a politician that I will like to be when I grow up. Aside from lawyers, I do not know a group of people who are more maligned than politicians.

“People like Chief Oyegun has shown that politicians can be loyal and distinguished men and women and it makes us proud to belong to this company of credible human beings. Despite what people say, we are often more loyal than some other people.”