Ifu Ennada took a major swipe at her colleagues in the Nigerian entertainment industry who according to her wear fake designer clothes and shoes.

Alleging that these celebrities are embarrassing themselves by not respecting the original designer, the reality show star advised them to wear nameless brands instead.

Ifu Ennada further said that the league these entertainers are trying to impress know they are wearing fake designers, even though they wave it off with a smile. 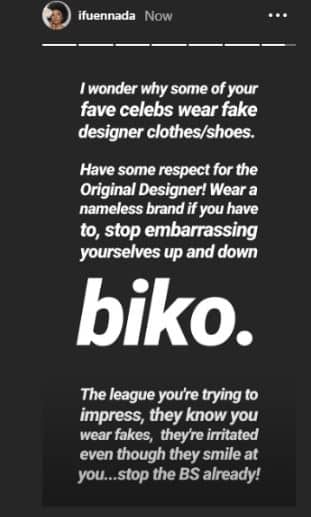 In other news,We reported that Wizkid raised concerns from his fans after he deleted all his posts from his Instagram page.