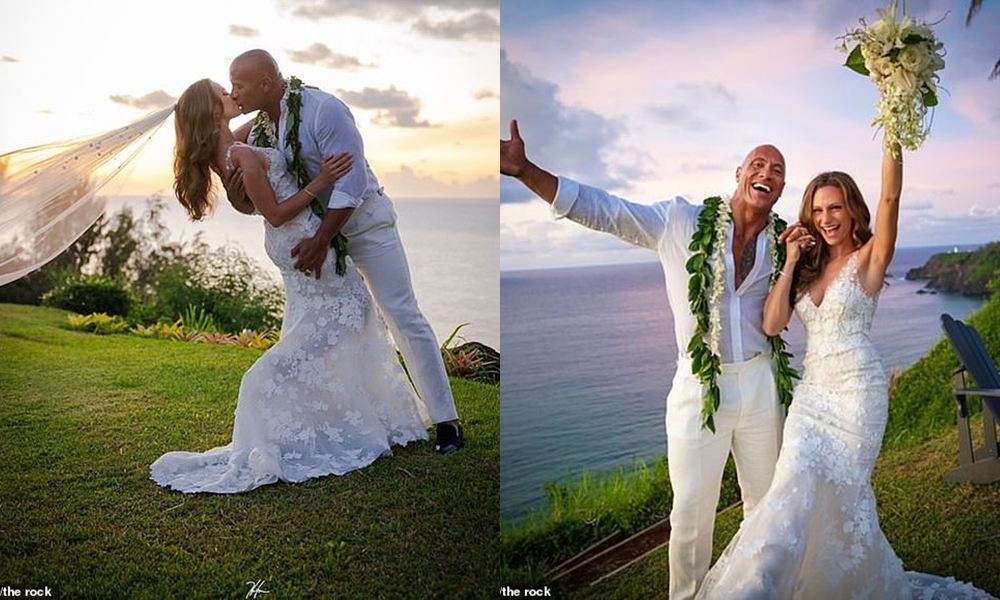 Dwayne ‘The Rock’ Johnson has tied the knot with his partner Lauren Hashian.

The 47-year-old actor announced the good news on his Instagram account, surprising fans by uploading a series of stunning sunset pictures from his big day.

One image show the newlyweds posing by the water’s edge in the actor’s native Hawaii, holding hands as they celebrate getting hitched.

A second magical shot features the happy couple kissing against the sunset backdrop, Lauren’s veil blowing in the wind. 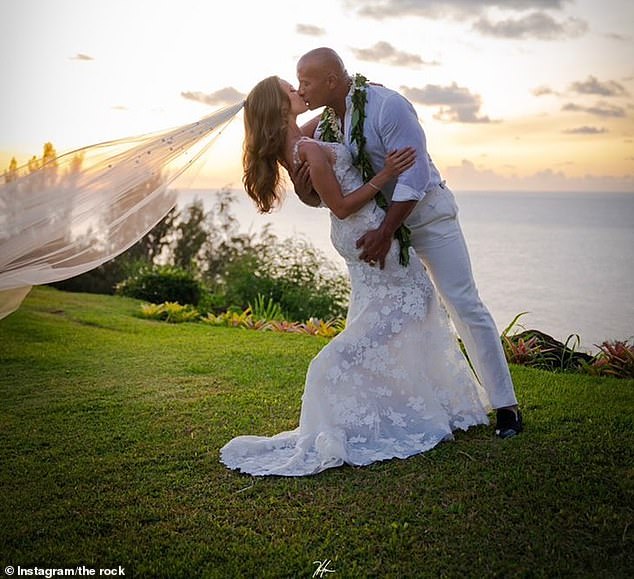 The Rock was typically laid back for his big day, ditching a suit jacket in favour of a button down shirt and smart white trousers.
Fans rushed to congratulate the pair on their marriage, showering the happy couple with well wishes.

They were initially due to get married in the Spring of 2018, but postponed the wedding when Lauren fell pregnant with their second child.

Explaining why they changed the date of the ceremony, the Jumanji star said the beauty didn’t want to have a ‘big belly’ in her wedding photos.

He joked to Rolling Stone magazine: ‘Then we got pregnant. And Mama don’t wanna take wedding pictures with a big belly – Mama wanna look good.’

The former WWE world champion said the couple weren’t ‘exactly’ trying to get pregnant but were ‘talking about it’ before he received the happy news.