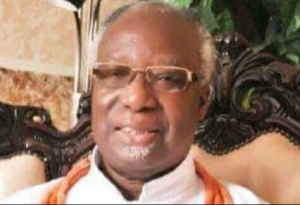 The first Chairman of the Nigeria Professional Football League, NPFL, Chief Osayuki Obaseki has passed on.

According to report, he died in the early hours on Sunday after a brief illness.

It was gathered that the late administrator had been suffering from undisclosed ailment for a long while.

Obaseki was also the second Vice-Chairman of the Nigeria Football Federation (NFF) from 2007 to 2009.

While condoling the bereaved family, the President of Edo SWAN mourned the death of the refined administrator and prayed for his eternal rest.