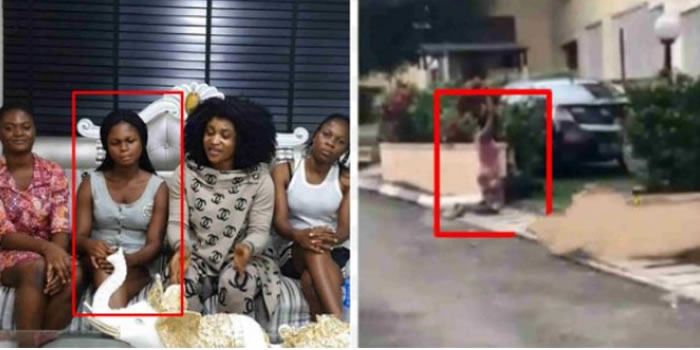 The video of the house help of Popular Nigerian Fashion designer kneeling under a hot scorching sun which got a lot of Nigerians reacting has been debunked by Luminee.

The Nigerian Fashion designer shared a short clip with a writing statement on her social media account denying claims of ever maltreating her house help.

In the trending video that surfaced on the internet over the weekend, the Nigerian designer’s househelp was seen kneeling outside of the house under the sun.

According to the designer, she revealed that she did not punish the girl and insisted it was the househelp’s uncle that made her kneel under the sun.

Nigerian Designer Luminee responds after being called out for alleged mistreatment of her house help. pic.twitter.com/G1q7VlqVao

”It has come to my notice that a post was made about myself and the Luminee brand about the unfair treatment of my house help who was directed to kneel outside my house.

First of all, I want everyone to know that I wasn’t the one who told her to kneel outside, under the sun.

Secondly, she was punished by her own uncle who introduced her to me because of the integrity issues; please watch the video to the end. Still reacting, she said;

I always treat my workers like family members; we hang out, take pictures and do a lot together and I will never ask any one of them to kneel in the sun. Even if they offend me badly, I will rather punish them like I can punish my daughter – Anjy.

Those who know me closely know that it is not in my character to treat anyone badly because I know where I’m coming from and I have never forgotten that for once.