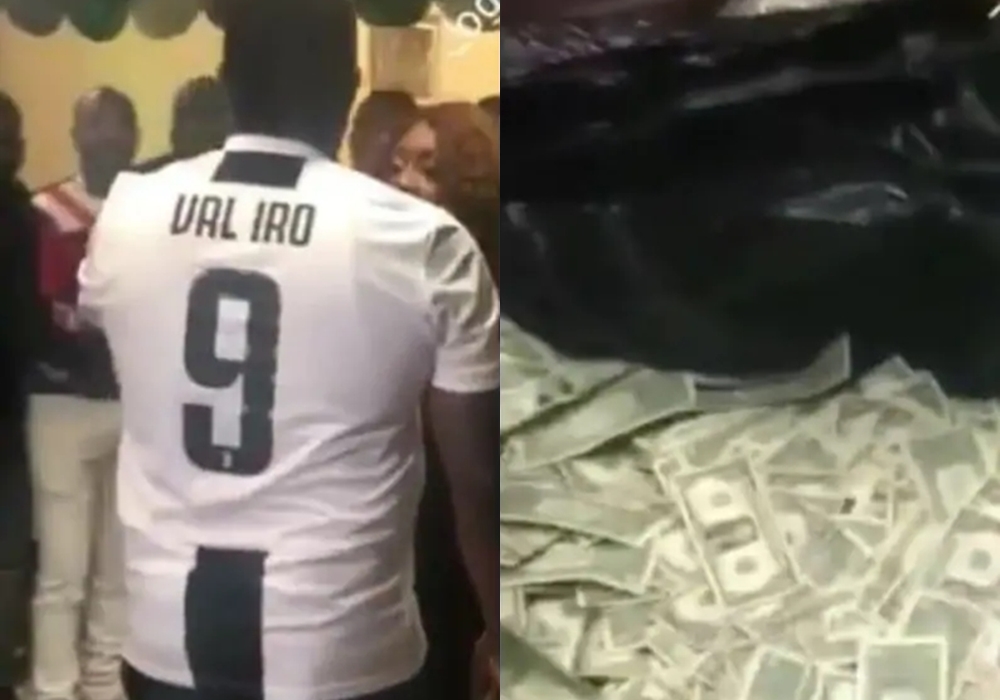 Recently, we published the released full list of the 80 Nigerians who were raided in the US for alleged fraud. On the list, the first man that was picked up by the FBI is named Valentine Iro.

The man who was with some women was dancing and getting sprayed with a lot of dollars. Also, Valentine Iro was being hailed and praised by the organisers of party.

This is Valentine Iro, Number 1 on the FBI list 😱

This video which resurfaced online on actor named Femi Ogedengbe’s instagram page generated a lot of reactions from Nigerians who expressed disappointment in Valentine Iro and other frivolous youths.

ekenem_chukwu: “In Nigeria it is the hardworking innocent Nigerians that suffer and pay for all the corruption and other crimes so i can’t even advice anybody to stay innocent because na hunger go kill am. untill the country start having direction. but right now no.”

coollinkz: “They’re the reason why legit people find it difficult to secure a job abroad!”

nhikhyb: “No more hard work and honour’. For me that line really stood out, you see girls that could be productive and live a meaningful life telling you they are not ready for any stressful job, they would rather take the quick route. My heart bleeds when i see talents and intelligence go to waste all because they want to live on d fast lane.”