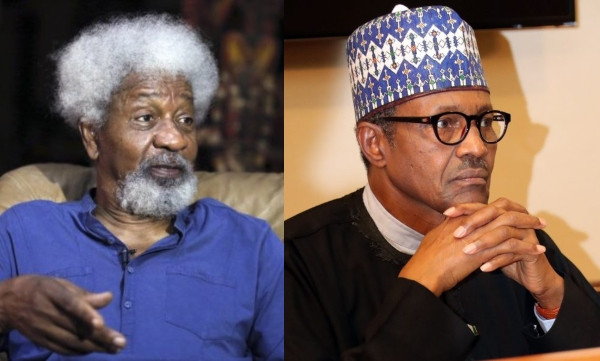 Professor Wole Soyinka, fire-brand writer and critic has accused the Buhari-led administration of oppositions’intolerance for using security agencies to silence and molest Nigerians.

Soyinka disclosed his at the unveiling of an art gallery in commemoration of his 85th birthday. This act shows the weakness of the government and how fearful they are as it tends to reduce people running the government

“It is important to send strong message to this government and to the security services to stop trying to muzzle people when they come together to exchange ideas.

Speaking further at the event held on Saturday August 24, Soyinka told Nigerians not to believe everything they read on social media.

“Be very, very careful what you believe even when you read such materials in social media or sometimes in newspapers because in this country, we have a most fertile multiplier effect.

“When somebody hears something, he puts it on the Internet, it spreads and an industry begins as people start commenting on things which never existed.

“Sometimes on social media, you’ll even see trending quotes supposedly from me, with my name, my photograph, with statements which represents what those people want to say but lacked the courage to say it” he said.

This is coming after security operatives sealed off the venue of a symposium where Soyinka, Falana and many others were expected to speak on the security issues ravaging the country.

Boko Haram burns down 73 houses and 28 shops in Borno

NSA Monguno and Buhari’s Chief of Staff, Abba Kyari are allegedly fighting over…

Killing people in the name of revenge is not acceptable, President Buhari reacts to…