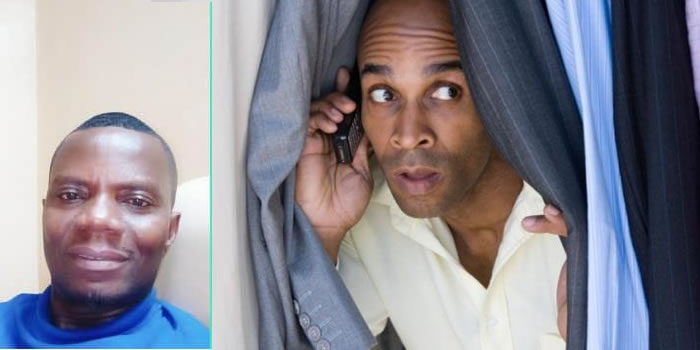 Man warns women who leave their husband because of infidelity

A Nigerian man identified as Damian Egbuna, took to social media to warn women against leaving their husbands because he cheated.

According to the man, most women who divorced their husbands because he cheated are now regretting their actions.

“Most divorced women regrets their actions, never leave your husband because he cheats.”, he posted on his Facebook wall. 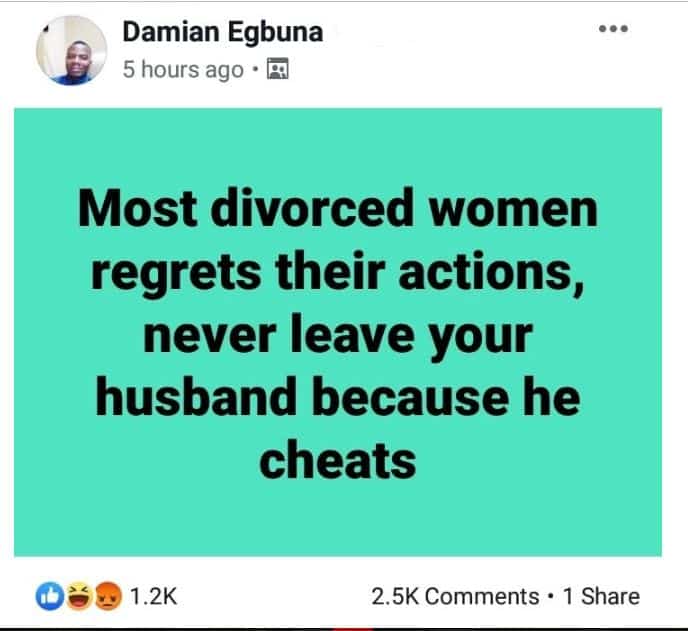 Check out the witty reply he got from a female user. 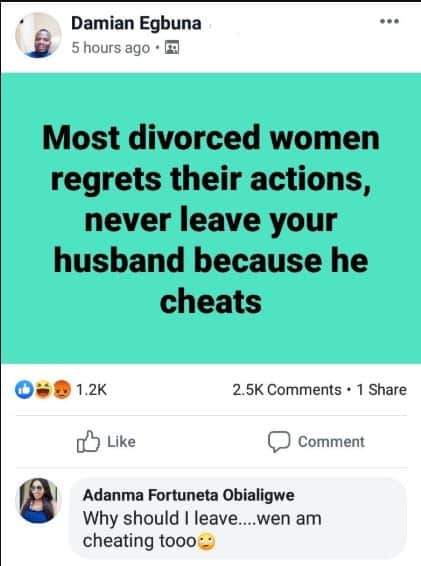 Recall, an Abuja businessman, Alhaji Umar Bello, dragged his divorced wife, Akbar, to a Gudu Grade I Area Court, praying the court to order her out of his house.

Bello is also seeking the court’s order to the divorced wife to return the Certificate of Occupancy of the house to him.
He informed the court that his 20-year-old marriage to Akbar was dissolved on Dec. 4, 2018.