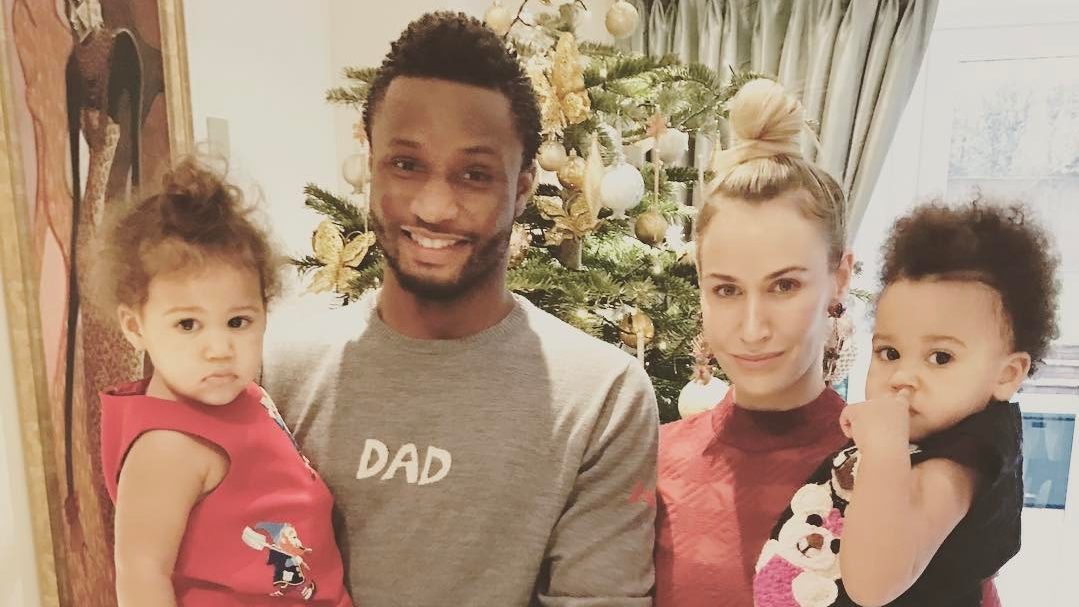 Mikel Obi’s Girlfriend Reacts To Reports Of Their Breakup

Mikl Obi’s Russian girlfriend and mother of his children have come to react to the viral news that she wants to dump him over his recent transfer move.

The release initially reported by AOI Football alleged that “a very close source to the family declared categorically that the situation could go really sour after Olga told Mikel that she will no longer come to Turkey with her children.”

“I can confirm to you that all is not seemingly fine with them. Olga doesn’t like the city and has taken the children back to their base. “In fact, she warned him against the move to Turkey but he convinced her about it. Now she came visiting and doesn’t like it; the kids do not also like it there in Turkey which could now be a problem for Mikel.

“Now Olga has told Mikel that she won’t return to visit him again which means he won’t also see the kids, leaving Mikel with only the chance of seeing his family in December during the Christmas break, a decision which I understand has left him sad, and may unsettle him”.

Olga in her response showed shock and disappointment in the report and particularly her followers who were all ‘ecstatic’ and ‘happy’ to hear of the ‘break up’.

He posted it on her social media to react bitterly to it. read what she posted below: