James Brown now dressing as a man after Bobrisky ordeal

Cross-dresser James Brown has switched to dressing as a man after his mentor and Lagos socialite Bobrisky was reportedly arrested by the Police on Saturday.

The once-persecuted dancer, took to his page to post a photo of himself dressed as a man, which was just unlike him as he prefers to dress as a woman, most of the time.

James Brown had on Saturday sent an emotional birthday message to Bobrisky, calling him his aunty and wrote on how the popular socialite inspires him. 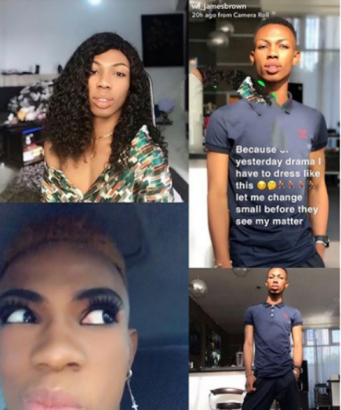