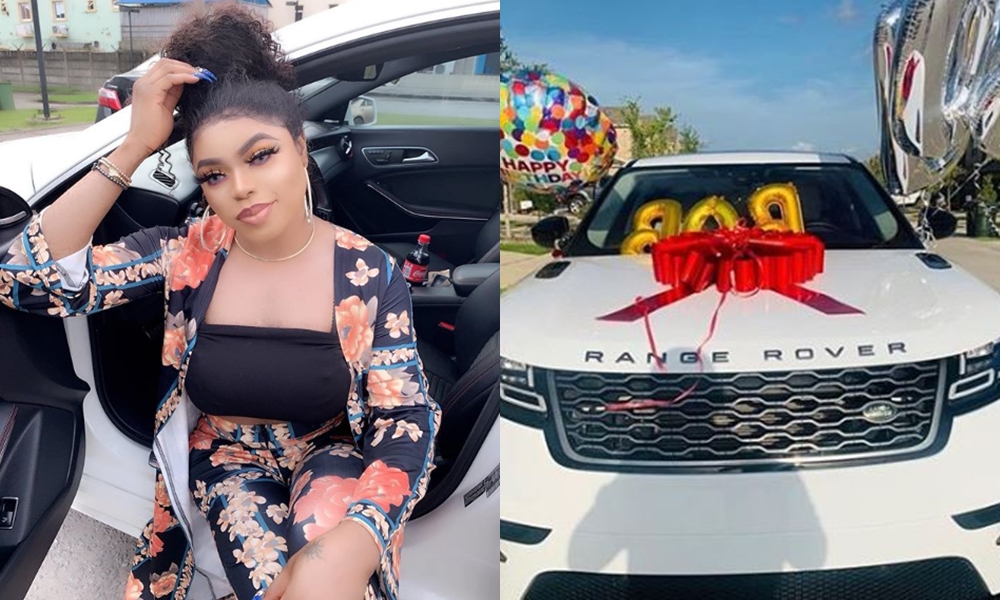 ‘My Car Dealer Is A Hater In Disguise’, Bobrisky Shares His Side Of The ‘Range Rover’ Story

In his reaction, Bobrisky narrated his version of the story and called the car dealer a ‘hater in disguise’.

This 2019 Range was supposed to be my birthday gift to mark my 28yr birthday.. the party that was canceled for no single reason till now. Before buying dis car from the idiot, just last two month I got a Benz CLA from dis same goat without seeing him or meeting with him. Have sent over 30,000,000 (30million) to dis Bastard without knowing him.

I sent the money to him base on trust nothing else more….. so going back to when I ordered this car. I told him dis car must land in Nigeria before my birthday else I will ask for a refund. A week to my birthday he was asking me for another money to clear the car from the port which he said the total money was 6,500,000. I immediately send him 3,000,000 that when the car is out I will balance him his 3.5million.

The last time I paid fully for my Benz this guy use over one week extra to bring out my car just because he thought I was stupid to have paid him completely. After he brought the car to the venue of my birthday I promise to balance him his 3.5m on Monday which we both sign an agreement because he told me he borrowed the money from his friend to clear the car. This part is very important I want you all to read carefully.

After the whole drama that happen on my birthday I gave my car key to those people that came to deliver the car at the venue so they can bring the car back to me that was yesterday. This guy drove away with my car after signing agreement to pay them the balance of the clearing today.

I then call him that where is my car, he said the guy that borrowed him the money to clear the car said he want his balance. I then said to him if you want your balance we both sign an agreement today not yesterday. If you guys noticed I haven’t posted dis car yet because I don’t fake. I wanted to make sure no story after that was why I still held on posting.

They are some people you don’t deal with because they are haters in disguise. They wanna be close to you because of your money not that dey love you.

Instagram comedian, Syndey Talker cries out and begs government, as he battles with symptoms of Coronavirus