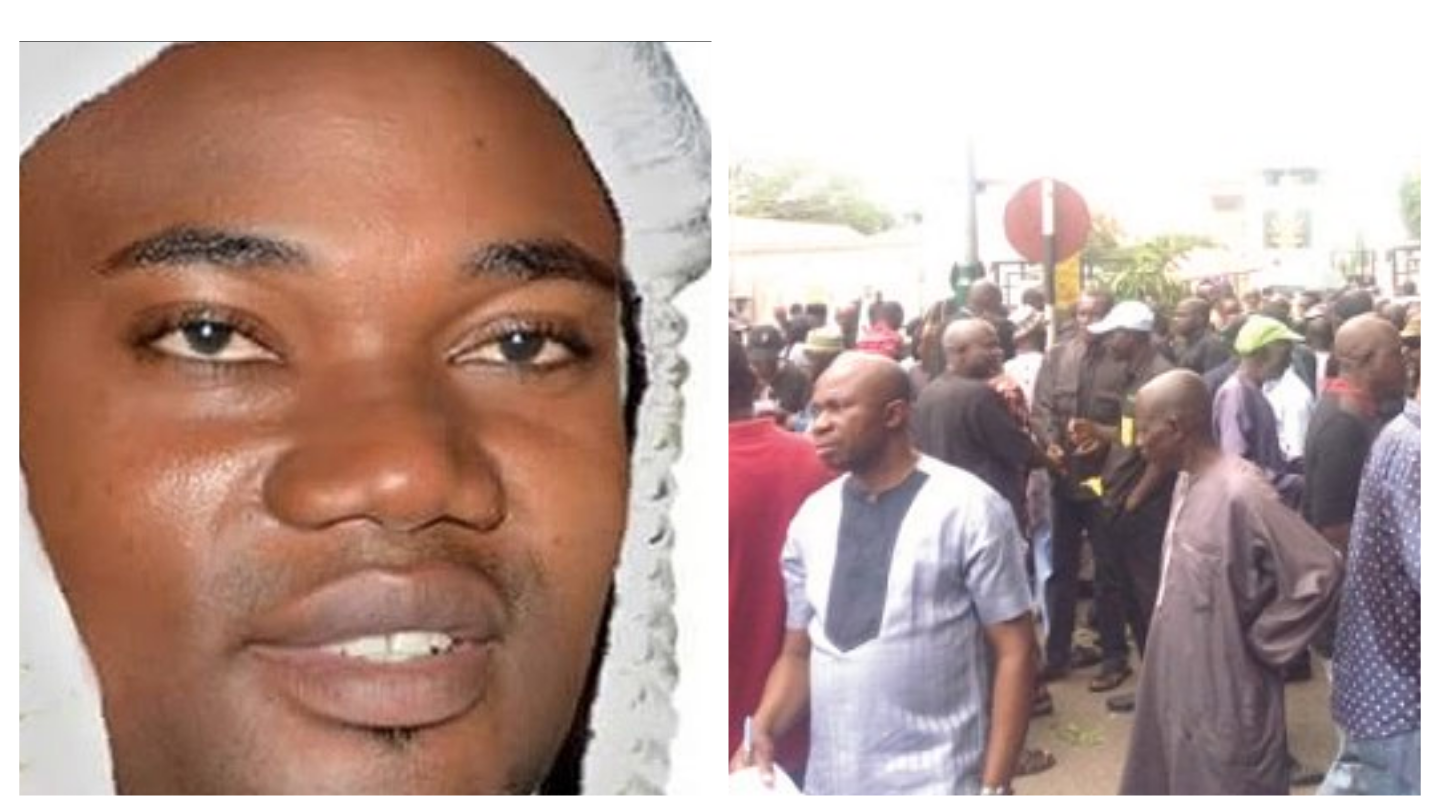 Angry protesters identified as Benue State pensioners on Monday booed the Speaker of Benue State House of Assembly, Rt. Hon. Titus Uba after discussing with these protesters who have spent six days at the entrance of the government house.

WITHIN NIGERIA learnt that these pensioners have been sleeping at the entrance of the Government House for six days.

The speaker was booed and pensioners reacted scornfully to him as they chorused: “It’s a big lie: we must be paid six-month pensions before we leave the Government House”.

Uba said the Benue Pension Bill, which was expeditiously passed by the Eighth Assembly, was assented to by the governor, who had since inaugurated members of the PENCOM Commission, who would soon address their plight.

He said the commission would give succour to the retirees, adding that they had a mandate to source funds from financial institutions through negotiation, to offset their pension arrears.

“We are not here to negotiate with you, but to sympathise with you over your plight. As a House, we will not support anything evil against our constituents. We will continue to be on your side. You are our fathers and some of us will join you one day.”

The Chairman of Concerned Benue Pensioners, Peter Ikyado, said the two-month pensions (April and May), which the governor promised to pay this week, is for 2018.

He said they wrote letters to the government and other stakeholders before embarking on the protest.

“We are demanding to be paid at least six-month pension arrears. We cannot pay our children’s school fees. We cannot afford good food.

“We are dying. Your fathers are dying and you do not care about us. We want to die here at the Government House. We are now internally-displaced pensioners,” Ikyado added.

We learnt that the pensioners have been sleeping at the main gate of the Government House since September 4 to demand payment of 25-month pension arrears amounting to over N25billion.