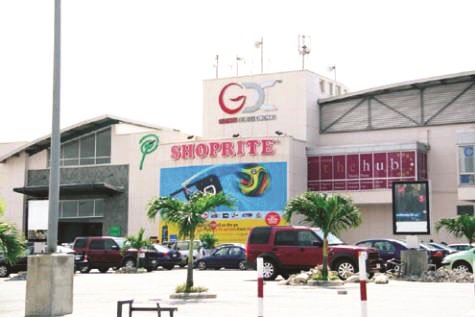 Days after retaliatory attacks by Nigerians on South African firms over Xenophobic attacks in South Africa which led to the temporal closure of these firms, Business activities have resumed and firms have been opened for business in Lagos.

It was reliably gathered that many of the outlets of firms owned by South Africans nationals situated in Lekki, Surulere, Mushin, Agege, Ogba, Ikeja among others have resumed business.

The xenophobic attacks on foreigners living in South Africa where Nigerians were majorly targeted. This caused a halt in the running of business at the Shoprite centre in Lekki.

Some Multichoice offices at Agege were, however, not open for business.

PEP at Ogba is back with customers engaging in shopping.

At Bode Thomas in Surulere, the DSTV was also open for business; a staff also confirmed they resumed work nationwide on Sunday.

He said some branches reopened on Saturday, but stressed that by Sunday morning all branches had reopened.

Although the office was looking well set and activities going on smoothly, the workers told our reporter that hoodlums last week went away with some television sets and damaged some valuables.

“Those hoodlums entered, scattered the whole place, damaged our air conditioner outside, forcefully removed one of the television on the slab and smashed it on the floor. We all ran for our lives. The police later came and chased them away.

“We are back now, activities have commenced, you are safe here,” he said.

We observed that the PEP shop and the two MTN offices on Bode Thomas Road were not open. The hoodlums looted the place and damaged things in the shops.

At Shoprite in Surulere, activities have reopened, but our reporter observed that some shops were still locked.

He said only three shops were affected inlast week crisis.

“Those boys destroyed a shop thatsells clothes and the woman that owns the shop just loaded her shop with new clothingbefore the incident.

The other shops sell different brands of phones, while thethird deals in different electronics,” he said.

He said those people that did not open their shops were either still scared of the incident or did not get the information that normalcy has been restored.

“Police are here, they have been here since morning, they only moved to the side of the mall shortly because of the intensity of the sun. This place is safe,” he said.

At Mushin in Lagos, the DSTV office wasopened.

One of the workers told our reporter that activities resumed on Monday.

BBNaija: Check out these 8 throwback photos of Mercy