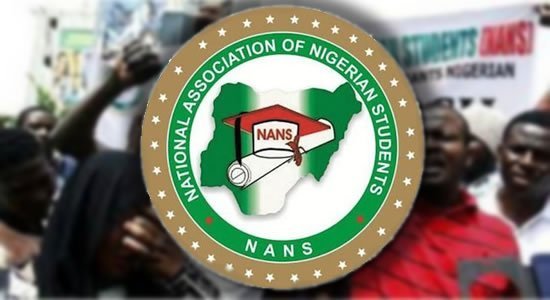 Nobody should blackmail Fayemi’s wife over FUOYE killings – NANS

The students were shot during a protest on Tuesday by students of the institutions against epileptic power supply to the town.

They were allegedly gunned down by policemen, a development that made Azeez accused Mrs. Fayemi of ordering the attack on the students.

But NANS/JCC Ekiti chapter, in a statement on Friday, accused Azeez of planning to blackmail Mrs. Fayemi over the incident to score cheap political points.

In a statement by Comrades Ogunleye Abiola Johnson, Ojo Pius Oluwaseun and Owaraye Damilola, chairman, General Secretary and PRO of the group, the body warned NANS national leadership to stay away from Ekiti over the incident.

According to them: “Our attention has been drawn to the press text released by one Mr Adeyemi Azeez, a self- acclaimed PRO of National Association of Nigerian Students (NANS) declaring the wife of Ekiti State Governor Erelu Bisi Fayemi persona non grata 50 meters to any university campus.

“While we cry and mourn the sudden death of two of our members arising from the recklessness of some trigger happy policemen, we condemn in totality the efforts by some rent seekers to turn the story upside down to score cheap political point and blackmail the wife of the governor in order to cash out on the death of our members.

“While the event that led to the death of our members from the Federal University of Oye Ekiti is worrisome and has thrown the entire students movement in the state into mourning, it is imperative to state that the version of the story been promoted by the self- acclaimed PRO of NANS is nothing but a mere conjunction of poorly package lies and blackmail by some rent seekers who derive pleasure in cashing out from Nigerian students woes.”

They stated no NANS national leader has visited Ekiti for fact-finding before going to the media, stating the narrative that has been pushed on the incident has been largely false.

“We also wish to state irrevocably that the press text by the self- acclaimed PRO of NANS does not in any way represent the incident resulting to the death of our members and the public is advised to discard such cheap blackmail.

“For the avoidance of doubt, we will resist any attempt by some fifth columnist to turn this ugly and very regrettable recklessness of the Nigerian Police to political instrument of blackmail or a pay cheque for rent seekers.”

Teddy A and Bambam features in Johnny Drille new music video, ‘Count On You’