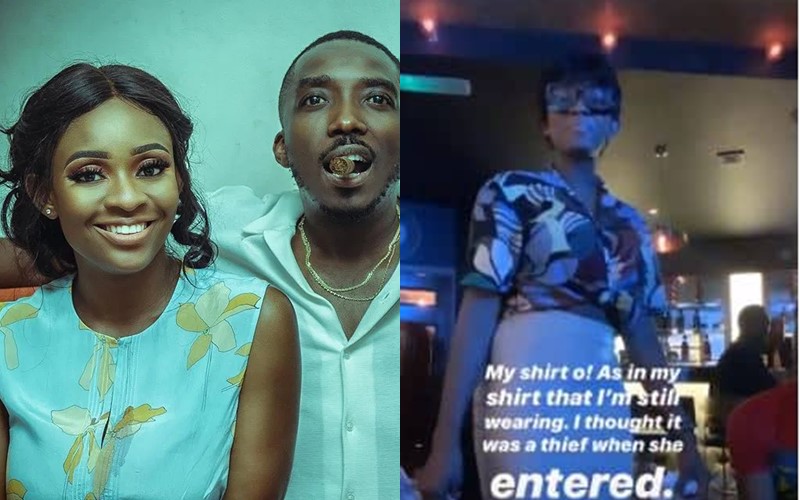 Bovi Cries Out As His Wife Steps Out In His Shirt

Today’s episode of “God When” features Nigerian comedian, Bovi hilariously taking to his Insta-story to call out his wife, Kris for stealing his cloth and slaying in it at a Karoke night outing they turned up for with other friends.

Bovi jokingly said he thought it was thief that stole his cloth after his wife stepped into the venue of their outing.

Here are his posts below;

Meanwhile, Ace comedian Bovi revealed a DM on Instagram from a fan who decided against suicide after she watched his comedy videos on Youtube.

According to Bovi, he gets such messages from fans and he’s glad cos that was his wish when he joined comedy; to make people laugh and also leave them happy. Insisting that happiness is a choice, the comedian also stated people shouldn’t think that suicidal individuals are bluffing.