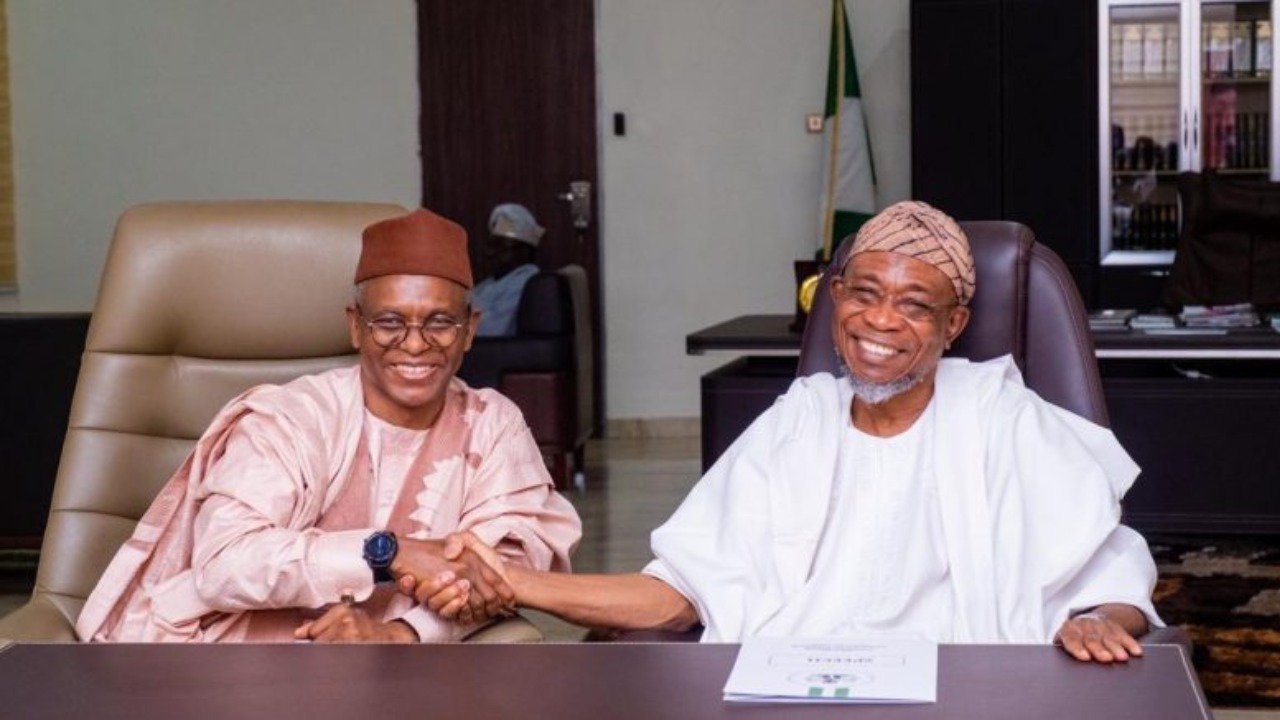 Minister of Interior, Rauf Aregbesola has called on State Governors to emulate the Kaduna State Government’s model of tackling insecurity through the deployment of modern technology to support the efforts of the Federal Government.

Aregbesola made the call on Wednesday in his office in Abuja when he received in audience Kaduna State Governor, Nasir El-Rufa’i, who paid him a courtesy visit.

He said: “Through the use of modern technology, the menace of banditry, cattle rustling, kidnapping and other vices bedeviling the country will be put behind within the shortest possible time”.

The Minister said this will influence the development of an effective strategy on a regional basis for curtailing the menace of insecurity and its attendant challenges facing the nation, especially in the North- Western Zone.

Aregbesola, who said that security is the key to effective, meaningful and social interaction, added that the economy of any nation depends on its internal security.

He assured that President Muhammadu Buhari’s Administration is committed to the provision of security to Nigerians in order to encourage economic development and revitalization of the economy as well as entrench transparency in the system so as to move the country to the next level.

In his remarks, El-Rufa’i stated that he was in the Ministry to congratulate the Minister on his appointment and to seek for collaboration on how best to tackle the spate of insecurity in the state.

He said that the Federal Government had done creditably well towards restoring security along the Kaduna-Abuja Expressway through the deployment of security personnel.

El-Rufa’i expressed the his government’s desire to continue to collaborate with the Ministry of Interior and other security agencies in the fight against insecurity.

He particularly commended the Nigeria Security and Civil Defence Corps (NSCDC) for its dogged determination to fight against crime, describing it as one of the best security agencies in the country.