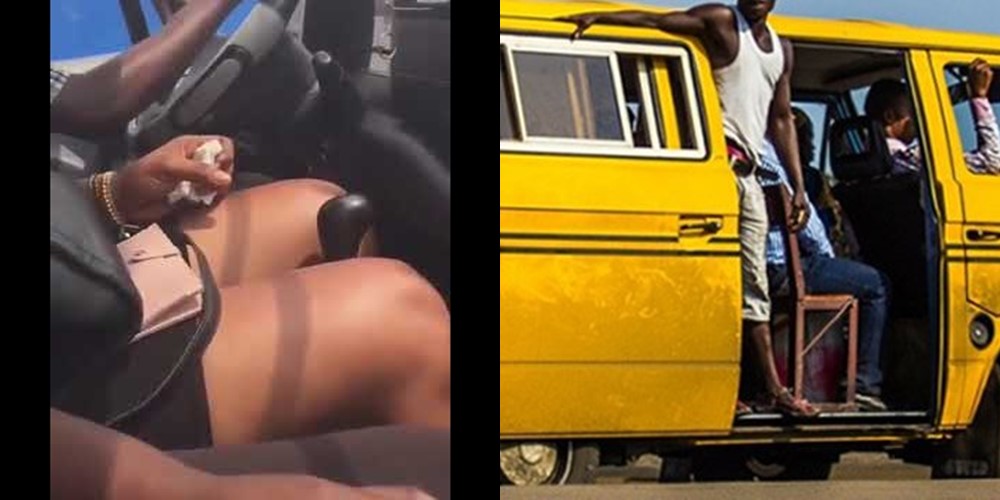 A viral video we came across on social media has shown the moment a Lagos driver was seen changing the gear of his bus in between the laps of a female passenger.

It looked like a sort of sexual harrasment, but the lady didnt seem disturbed with the move as long as the man did not take his hand further than where it should be

Meanwhile, A white couple has endeared many Ngerians after a video of them clad in Nigerian attire and dancing to Burna Boy’s ”Killing them” surfaced online.

The crowd cheered the couple on and the man said it wasn’t planned and the joyful mood is what you get when you invite Nigerians to your party, lol.