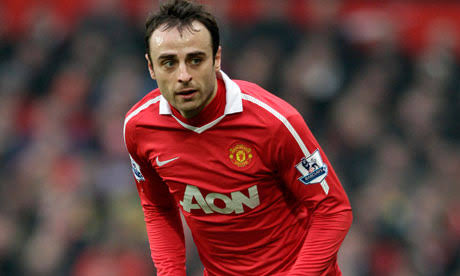 Dimitar Berbatov, Bulgaria’s joint all-time leading international scorer, said on Thursday that he was retiring as a player after more than a year without a club.

“Although when I think about it, it’s never The End, because I will stay in the game in one way or another, the time has come to say that after almost 20 years playing football I am stoping with my professional ACTIVE football career!” he wrote in a long Instagram post accompanied by a video.

Berbatov, a languid but elegant, imaginative and effective striker, made his debut for CSKA Sofia, where his father Ivan also played.

He moved to Bayer Leverkusen before joining Tottenham who sold him to Manchester United for £30.7 million (38.1 million euros at the time) two seasons later.

He spent four seasons at Old Trafford, winning two Premier League titles and sharing the league’s Golden Boot with Carlos Tevez in 2010-11. He spent two season each with Fulham and Monaco, before finishing with less succesful stints at PAOK in Greece and the Kerala Blasters in India.

He played 77 times for Bulgaria, scoring 48 goals, which tied him for most with Hristo Bonev, who played 96 internationals between 1967 and 1979.