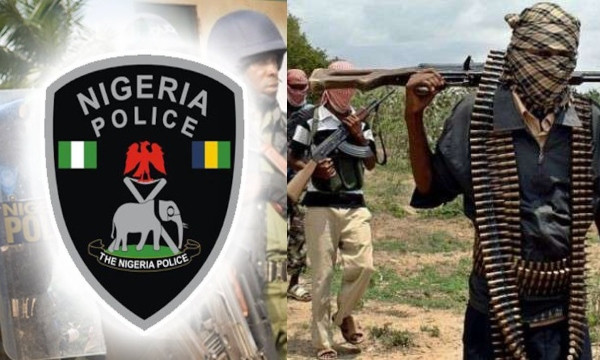 The Zamfara peace initiative has so far recorded massive success with 372 kidnapped victims rescued, while 240 guns were surrendered by repentant bandits, according to Usman Nagogo, the state’s Commissioner of Police.

Mr Nagogo, Chairman of the Peace Dialogue and Reconciliation Meeting, disclosed this on Sunday at a meeting held at Bakura.

He, however, said that the bandits terrorising some states in the country were not only Fulani herdsmen.

“The bandits comprised of people from many tribes. It is not restricted to Fulani as is being assumed,” he said.

He accused the outlawed vigilante groups, popularly known as “Yansakai”, of being responsible for the various security challenges, saying that the attacks on communities were reprisals to extrajudicial killings by the group.

Mr Nagogo expressed satisfaction with the success so far recorded since the inception of the committee.

“In the past, some of the major markets were closed due to insecurity, but today, all our markets are open and Fulani people move freely without any problems.

“With this development, l can say that over 90 per cent success has been achieved,” he said.

The police official urged people to support the peace dialogue committee with prayers and information that would widen its reach and facilitate the success of its mission.

He said that the meeting at Bakura would open room for more consultations with various parties involved in the crisis, including the outlawed “Yansakai”, Fulani leaders, royal fathers, among others.

“I was in this state as a Deputy Commissioner of Police some years back. I later left but was sent back by the Inspector-General of Police to carry out this assignment.

“I was involved in this kind of negotiations during the previous administration. l am in the picture of all security challenges faced by this state.

“This is the fifth emirate we have visited for reconciliation meeting. We have seen positive results from the peace dialogue and consultations.

“In all the emirates visited, we have not recorded any problem; it has been a success story,” he said.

In his remarks, the Emir of Bakura, Bello Sani, thanked the state government for initiating the peace dialogue committee and appreciated the committee for their visit to the emirate.

“We have not witnessed much security challenges in this area. We don’t have the outlawed vigilante group (Yansakai) here and have never witnessed bandit groups or camps, but we are happy to be part of the peace process,” he said.

Mr Sani, who noted that the problems of Fulani herders/farmers clashes had not been much in the area, blamed the rising conflicts on population explosion and unemployment, as well as government policies on grazing reserves.

The monarch appealed to Zamfara government to expand the Ruga settlement project to cover all the 14 local government areas so that all areas would benefit.

Mainasara Ganarawa, Chairman, Miyetti-Allah Association, Bakura Local Government chapter, in a remark, regretted that cow theft was still rampant in spite of the peace initiative by the state government.

“Our herders are facing problems of cattle rustling and lack of adequate grazing reserves to feed their animals,” he added.

Abdullahi Yahaya, Sarkin-Noma of Bakura, in his remarks, said that farmers would continue to maintain the long-existing peaceful relationship with Fulani herders in the area.