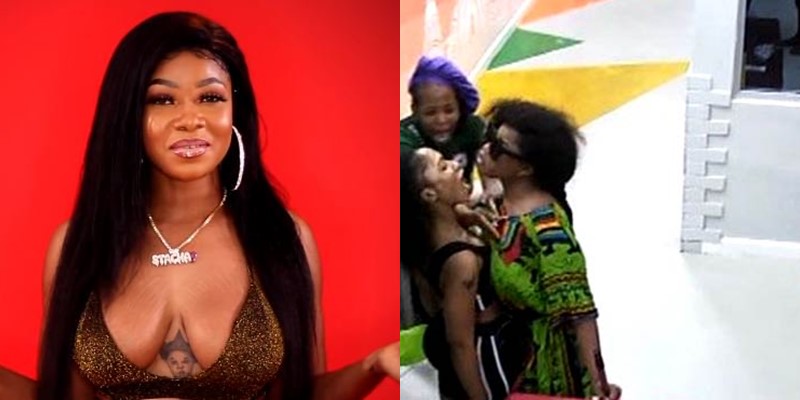 Sequel to the brouhaha that happened earlier today between two female housemates in the Big Brother House, Tacha has been disqualified from the reality TV show while Mercy was issued two strikes…

According to section 15 of the Big Brother Rule Book, physical altercation are not allowed and the punishment is a disqualification.

Mercy and Tacha were having an argument which quickly got heated as the two were seen pushing each other and while Mercy was swinging her hair in Tacha’s face, Tacha yanked her hair.

Watch the fight below.

Wowww…I swear no know say the fight SERIOUS like this ooo, mercy and Tacha push themselves sha😟