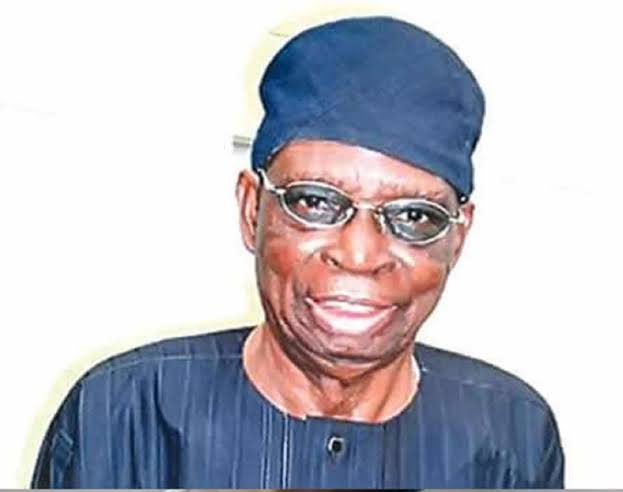 According to a close family source, the death of Senator Akinfenwa occurred in Ibadan, Oyo State capital on Thursday.

An indigene of Erin Ijesa in Osun State, Akinfenwa was elected into the Senate in 1999, but he lost his re-election bid in 2003, when Senator Omisore of the Peoples Democratic Party was elected.

Akinfenwa was a progressive politician. As a teacher, he joined the Action Group (AG) Youth Association, led by the late Chief Remi Fani-Kayode, and later, Ayo Fasanmi, along with his bosom friend, the late Chief Adebayo Adefarati.

He was among the activist teachers who mobilised pupils against Premier Ladoke Akintola, when he came to Atakumosa Grammar School, Osu, to commission the school laboratory.

He nearly lost his life thereafter when political thugs, sympathetic to the defunct Nigeria National Democratic Party (NNDP), attacked him.

The former school principal joined the Committee of Friends, which metamorphosed into the Unity Party of Nigeria (UPN), led by the late Chief Obafemi Awolowo.

In 1998, he wanted to be governor of Osun State, but was advised to step down during the selection process moderated by Afenifere.

In 1999, Akinfenwa was elected into the Senate from Ife/Ijesa District on the platform of the Alliance for Democracy (AD). He was the AD Senate Leader. However, he lost re-election in 2003.

Akinfenwa and his compatriot, Chief Bisi Akande, competed for the national chairman of the party. The contest split the party and the pan-Yoruba organisation.