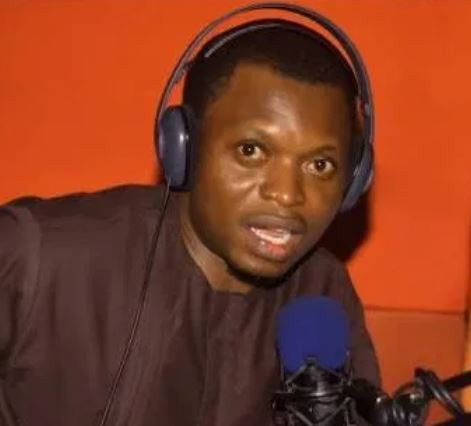 Justice Simon Amobeda ruled that the charges against Mr Jalingo were grave with one carrying capital punishment.

Mr Jalingo, the publisher of the online CrossRiverWatch, has been in prison in Calabar. He is charged with treason over a report about an alleged diversion of N500 million by the Cross River governor, Ben Ayade.

The journalist arrived at the court premises at about 9:18 a.m. in a green coloured van belonging to the Calabar Prison. He was surrounded by four prison officers.

Mr Jalingo wore a black T-shirt with the inscription “Journalism Is Not A Crime”, a blue jeans trousers, and a flip-flop.

Mr Jalingo, handcuffed to another inmate, was led into the courtroom by the prison officials.

Husband reveals how his wife reportedly cheated and slept with 8…

Attah Ochinke, the lead counsel to the incarcerated journalists, on Wednesday, pleaded with the court to grant him bail on grounds that he was determined to go through his trial, and, therefore, would not jump bail. He also pleaded that the journalist should be admitted to bail on health ground.

The prosecution counsel, Dennis Tarhemba, had opposed the bail application.

Jalingo was Arrested on August 22, spent 34 days in detention before he was arraigned on September 25.

Jalingo recently released some prison notes, admonishing the people of Cross River state to remain steadfast in the struggle against “dictatorship”.

He said in the notes that he is ready to go through his travails faithfully, with the belief that victory and glory await him in the end.

“One final assurance that I give to my people of Cross River, in particular, is that ‘we will overcome that dictator in Peregrino house’”, Mr Jalingo wrote.

“Dictatorship has never defeated goodwill and a determined people. Even if I end up not standing with you in the summit, remain strong and be rest assured that the arc of life is on our side and we will win.

“When this wind has finished blowing yonder, and it shall soon; we will look back and be glad we stuck our necks on the guillotine and history will only be fair to us, our people shall be free, the will of God would have been done and God’s name will be glorified.”