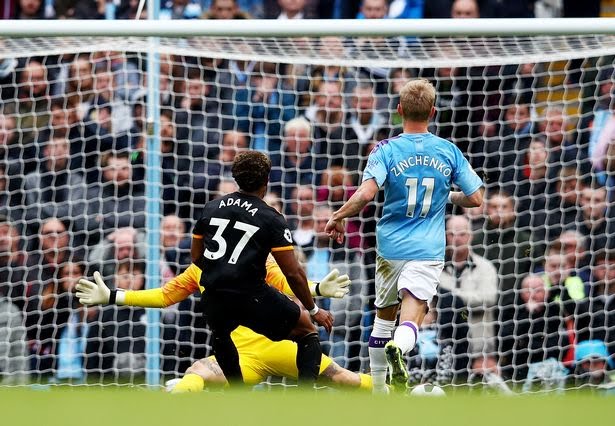 Manchester City suffered a shock 2-0 defeat against Wolves on Sunday that left them eight points behind arch-rival, Liverpool.

Guardiola’s side was rocked by two late goals from Wolves winger Adama Traore at the Etihad Stadium, and City boss Guardiola admitted his treble winners lacked their usual sharpness and paid the price for letting nerves get the better of them with their second defeat of the season.

“It was not our best day. We let them run twice, got nervous a little bit and our process to create chances was not good,” Guardiola said.

“We were not organised and lost balls in positions we could not lose them in.

It was City’s latest unexpected loss after their 3-2 defeat at Norwich last month, and they already face a huge task to catch Liverpool.

“Wolves defend. They play long balls and defend, they then go on the counter. It is a physical team, a strong team so know how good they are,” Guardiola said.

“We had two chances, one onto the crossbar and with Bernardo Silva. They did really well.

“We are going to come back again to try.