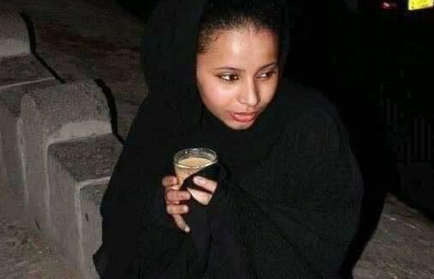 Photo of the Victim
Metro

PHOTO: Nigerian lady reacts after her pictures went viral with claims she died hours to her wedding

It was a huge shock for a Nigerian lady identified as Fakhrriyah Hashim as she woke up to read the news of her demise.

WITHIN NIGERIA gathered that some Nigerians posted the photo of the Nigerian lady alongside a wedding invitation on facebook claiming that she died on Friday, October 4, hours to her wedding scheduled to hold on Saturday, October 5th.

While reacting to the viral fake news, Hashim stated clearly that;

“I haven’t been on Facebook in a so long, but I’ve had to today thanks to Fake News”.

“A picture of mine has gone viral with the name Fatima Yola claiming that i was meant to get married today but i died yesterday. The man in question is using my picture to raise money from stupidfolk that can’t fact check before throwing their money around“.

In other news, the Delta State Police Command has detained a lady for allegedly aborting her 8-month-old pregnancy and dumping of the fetus in a gutter near her house ar Igbudu, Warri.

WITHIN NIGERIA learnt that the lady’s (suspect) request for abortion was rejected by a nurse she approached for abortion but later found a way to terminate the pregnancy.