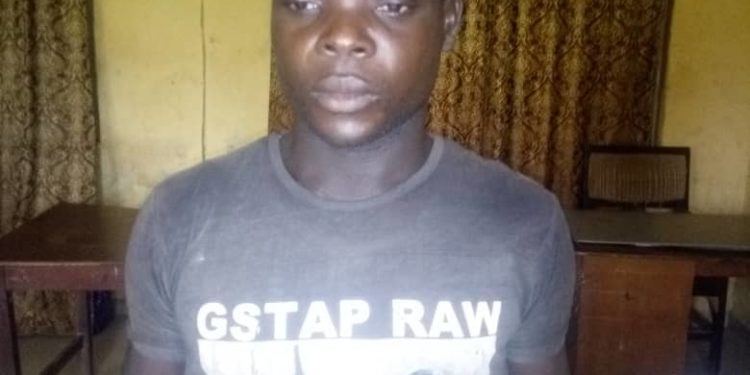 The Niger State Police Command have arrested a 25-year-old man for allegedly defiling a 13-year-old girl inside a school in Kontagora Local Government Area of Niger State.

WITHIN NIGERIA learnt that the suspect identified as Abdullahi Umar reportedly sent the girl an errand before dragging her to an Islamic primary school located at Angwan Yamma where he raped her.

Umar who confessed to the crime revealed that he has always been infatuated with the victim he always sent on errands and felt she would become his lover after the act.

“I was completely infatuated with her and I do not have any other option than to have sex with her.

“I had sex with her forcefully because that was the only opportunity I had and would not want to miss it at that point in time.

“That was why I dragged her to one Islamic primary school very close to my house to have my way,” he admitted.

The suspect who was arrested by a team of Policemen attached to B Division Kontagora following a tip-off, will be arraigned in court after investigation has been concluded.