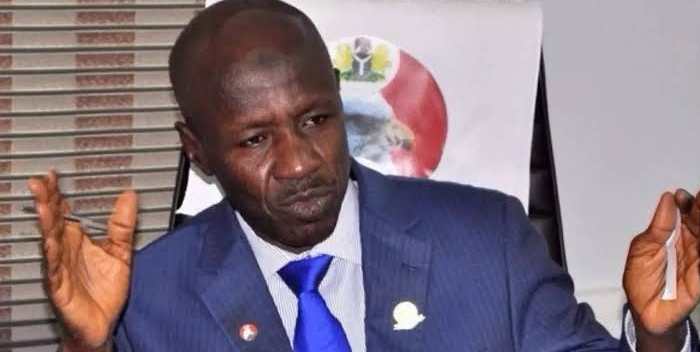 Ibrahim Magu, the acting chairman of Economic and Financial Crimes Commission (EFCC) has disclosed that the fight against corruption and corrupt individuals would be more intense in 2020.

This was disclosed on Saturday, December 14 by the EFCC boss at the end of the year get together held at the commissioner’s office at Iyaganku through the Ibadan Zonal Head of the Commission, Friday Ebelo.

The acting chairman of the anti-graft agency further revealed that the Commission is prepared to crush corruption and corrupt individuals in Nigeria, stressing that the battle will be hotter.

Magu said the arrest of fraudsters that would be made in 2020 would be more than that of 2019, adding that the commission would secure more convictions in the year ahead. He pointed out that as long as corruption existed in Nigeria, EFCC would continue to have jobs to do, noting that the only way the agency could become jobless is when corruption is totally killed and buried.

According to statements credited to him, the EFCC boss said “The reward of hard work is more work. Let me call on all my officers and staff that you are expected to perform better next year. You are expected to double your energy because you will work more next year.