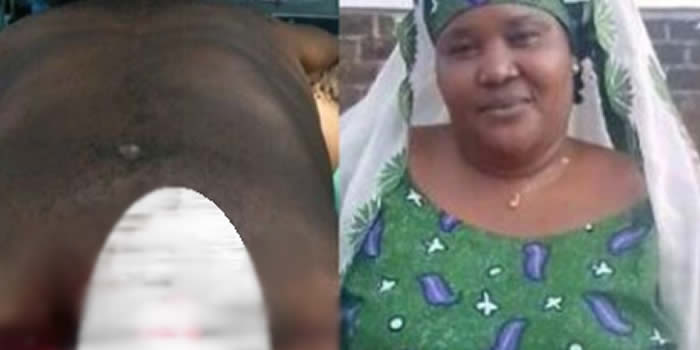 Man dies after wife baths his manhood with acid over infidelity

According to reports shared on by eyewitness, Wizzy Styles, a woman yet to be identified poured acid on her cheating husband’s genitals after she found out that he impregnated her best friend. The man was rushed to FMC Zaria where he later died.

This woman got an information that her husband is in a secret relationship with her best friend and the best friend is pregnant for her husband. She did her investigation and confirmed that the story was true.

On February 15, 2018, when her husband returned from his working place, this woman pretended as if she is not yet aware of the secret relationship between her husband her best friend. She served him food and chat for a while.

She seduced him and they made love that night, after the sex the man quickly slept off. The woman has bought acid from one Kabir who is a battery charger since morning and kept it under their bed. After she notice that her husband has slept off, she pull the acid onto her man genitals.

The man was rushed to a nearby hospital by neighbors but the hospital rejected him, they were directed to take him to fmc Zaria. He was admitted at FMC Zaria but the man eventually die on Tuesday, February 20, 2018.

*” I love my husband so much, I was not intended to kill him. It was so painful to me that he got my best friend pregnant and he could not tell me, I knew about it from outsiders. I know I have over reacted but I want his family, our children and government to forgive me, I never planned to kill him, the alleged murderer stated.”

See the graphic photo below.