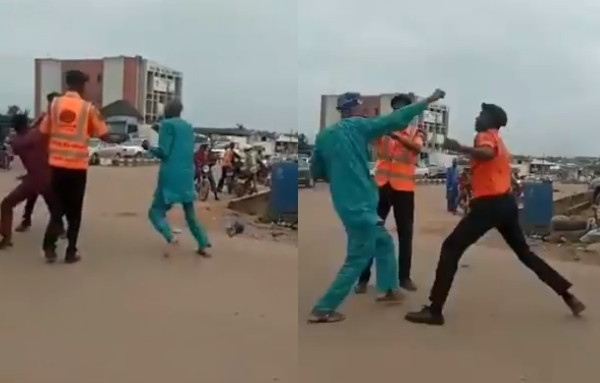 Like a comedy series of a Nollywood movie it was as yet-to-be identified men were seen fighting with a traffic warden on road (unknown location).

This funny scene but tragic moment for the nation was captured by an unknown man whose voice could be heard shouting underneath the video which has gone viral.

Although the location of the tragic-comedy scene could not be ascertained nor the cause of the fight but the fight was later stopped by the colleagues of the traffic warden.

WATCH THE VIDEO BELOW;

The abduction of police officers has been confirmed by the Police Public Relations Officer in the state, DSP Nnamdi Omoni but promised to give the details and how they were abducted later.

BBNaija 2019: See Ike’s Reaction To Trending Video Of Him Drooling