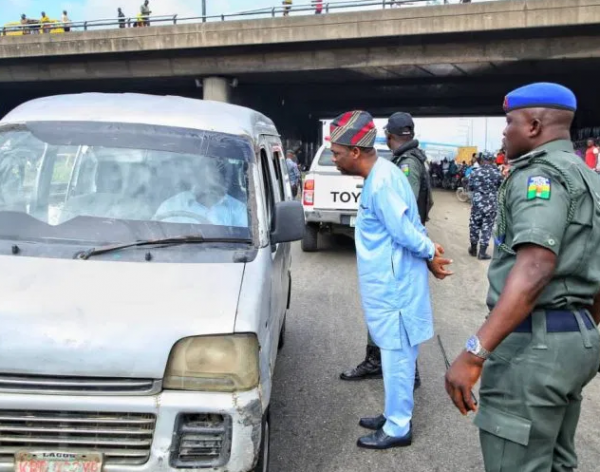 The Deputy Governor of Lagos State, Obafemi Hamzat, on Wednesday, arrested motorists driving against traffic laws around Carter Bridge area of the state.

WITHIN NIGERIA learnt that, the Deputy Governor was on his way to deliver a lecture at the Lagos State University, LASU, when he accosted some commercial motorists moving against traffic laws.

Mr. Hamzat being moved, alighted from his vehicle and personally arrested the erring drivers who was found calpable of restless driving before handing them over to officials of the Lagos State Traffic Management Authority, LASTMA for further prosecution.