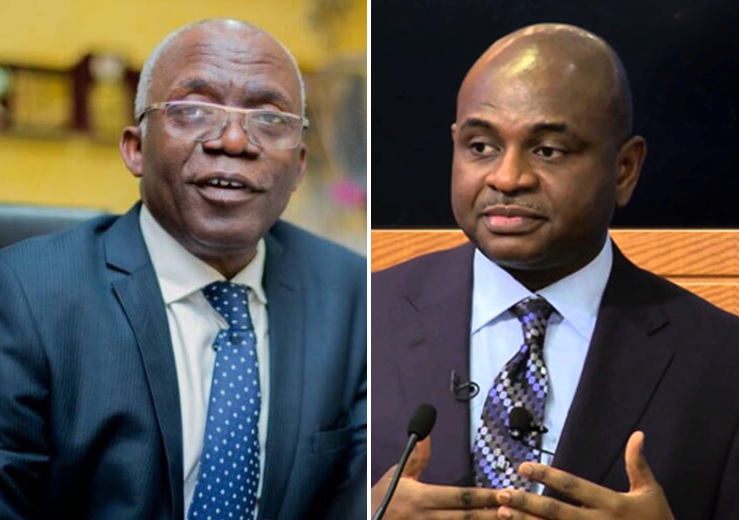 WITHIN NIGERIA had reported that Moghalu on Monday announced his resignation on his official Twitter handle.

He said the need to push for electoral reforms ahead of 2023 general elections informed his decision to quit partisan politics.

He had said “Without electoral reform, which includes electronic voting, our democracy will remain weak. Let’s fix this before 2023.

However, Reacting to his resignation, Falana accused Moghalu of resigning because he was given an appointment by the ruling party, APC. The human
rights lawyer Attacked Moghalu For Dumping YPP For Political Gains.

Speaking at the 2019 Felabration symposium held at the NECA HOUSE, Lagos State, Falana was quoted as saying, “Is Dr. Moghalu still around? I think it is unfair to single out Dr. Moghalu for recognition.

“We should not celebrate opportunism. Here is a politician who contested on the platform of a party, who has moved conveniently to the APC.

“They’ve just given him an appointment and he has just discarded his own political party. I don’t think that is fair for all.”

He lambasted the organizers of the event for recognising opportunism by decorating Kingsley Moghalu who ‘discarded’ his own political party for personal gains.