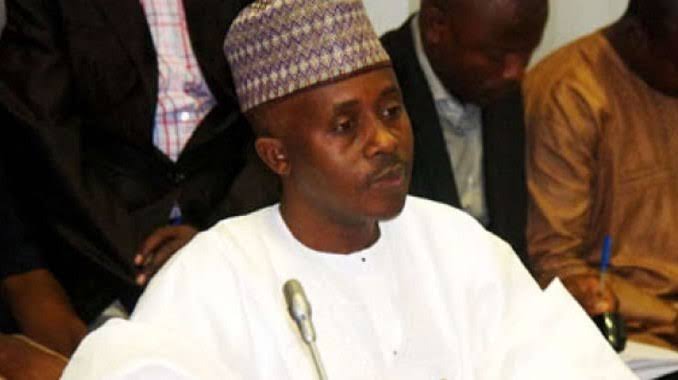 Justice Angela Otaluka of the Federal Capital Territory (FCT) High Court ,Apo on Thursday ordered Farouk Lawan a former House of Representatives member to enter his defence in a case of 500,000 dollars bribery allegation against him.

The court had over ruled the no-case submission made by Lawan, through his counsel, Chief Mike Ozekhome (SAN) concerning the 500,000 dollars bribery allegation against him.

The judge held that the perusal of evidence before the court showed that the prosecution had made a case sufficient enough for the defendant to make some explanations.

Otaluka therefore ruled that the no case submission made by the defendant was thereby over ruled.

The judge adjourned the case until Nov. 11, for the defendant to open defence.

Ozekhome, had on the Oct. 10, filed a no case submission at the continued hearing of the bribery allegation against Lawan.

The SAN in his submission said that the prosecution had failed to solidly establish the defendant’s intent to commit the offense he was charged with.

He stated that the prosecution’s witnesses gave conflicting statements about the amount Lawan was alleged to have collected as bribe.

Ozekhome also said that the video evidence the prosecution presented was blurred and could not prove that the content of the envelope Otedola gave Lawan was money.

He stated that the failure of the Department of State Service (DSS) to arrest Lawan immediately was enough evidence that they had no prove.

Lawan was being prosecuted by the Independent Corrupt Practices and other related offences Commission (ICPC) for allegedly collecting 500,000 dollars part of a 3 million dollars bribe.

The money was said to have been requested to facilitate the removal of Otedola’s company from the list of firms indicted by the House of Representatives Ad hoc Committee on Fuel Subsidy in 2012.

Oyo State free education policy is for all children ― Commissioner