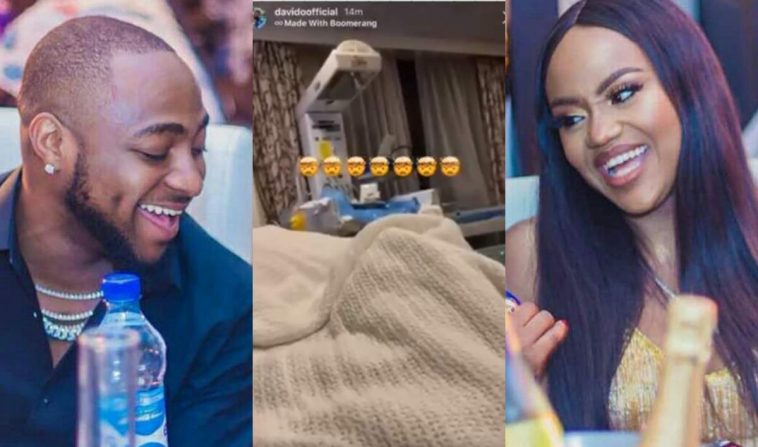 Davido might just be the latest dad in the limelight as the assurance crooner recently share a video on his social media story and it definitely looks like a hospital; a labour room to be precise.

The question that runs through the minds of millions of his fans is clear; Is Davido a new dad? Is Chioma in labor? Has the duo been finally assured?

The video Davido just shared might just be a cue that Chioma is in labour or has given birth to their baby.

Is Davido giving us a clue? Is Chioma having their baby tonight?👀 pic.twitter.com/lxvml3o3eN

Meanwhile, Nigerian singer, D’banj recently melted many hearts after he took to social media to share an adorable video of himself with his newborn.

Recall a while back, fans took to social media to rejoice as a report about the singer welcoming a newborn child with wife, Didi, surfaced online.

Well, it appears the singer has confirmed this to be true. He recently took to social media to share a video of himself with a baby bag, pushing a bright baby trolley as he smiles and waves to people in California.