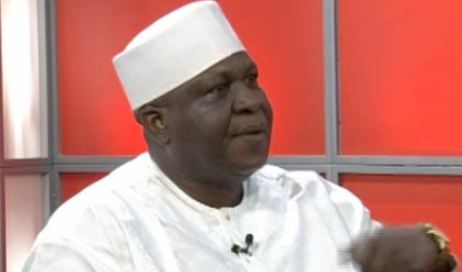 A retired military officer, Colonel Hassan Stan-Labo has stated that the border closure operation has assisted Nigeria’s economy and boost her security and wishes the closure will remain for the next 25years.

The retired General made the disclosure on Monday, October 21st during an interview session on Channels Television.

Labo insisted that the closure of the borders would allow security and economic challenges of the nation to be efficiently tackled.

“One bold step that is being taken by the government is the border closure. The main intent was more economic development but it is now helping the security situation. I am so happy about this but I wish we could keep this border closure for the next 20-25 years.

“I know this is going to bring pains to us as Nigerians but we have seen other nations do this and they eventually enjoyed the advantages. They have been able to progress by looking inwards and growing their economy. It will help Nigeria’s security to a great extent,” he said.

He further added that a major solution to the security challenges confronting the nation is to fund military operations and invest in technology.

“We really need to look at our military seriously as a nation. I think took much lip service is being paid as to what should be done. Actions need to be taken. We should invest in funding security.

“How much of technical integration have we brought into bear on the border closure operation? We really need to make up our mind to push money into acquiring high-tech for the military,” Stan-Labo said.

Nigeria Customs Service last week said the border closure has recorded huge success with the sum of N1.4 billion saved since the beginning of the operation. Comptroller General of Customs, Colonel Hameed Ali (rtd) said a total of 317 suspected smugglers and 146 illegal migrants were also arrested during the period, adding that the nation’s consumption of petroleum products has dropped by 10.2 million litres.