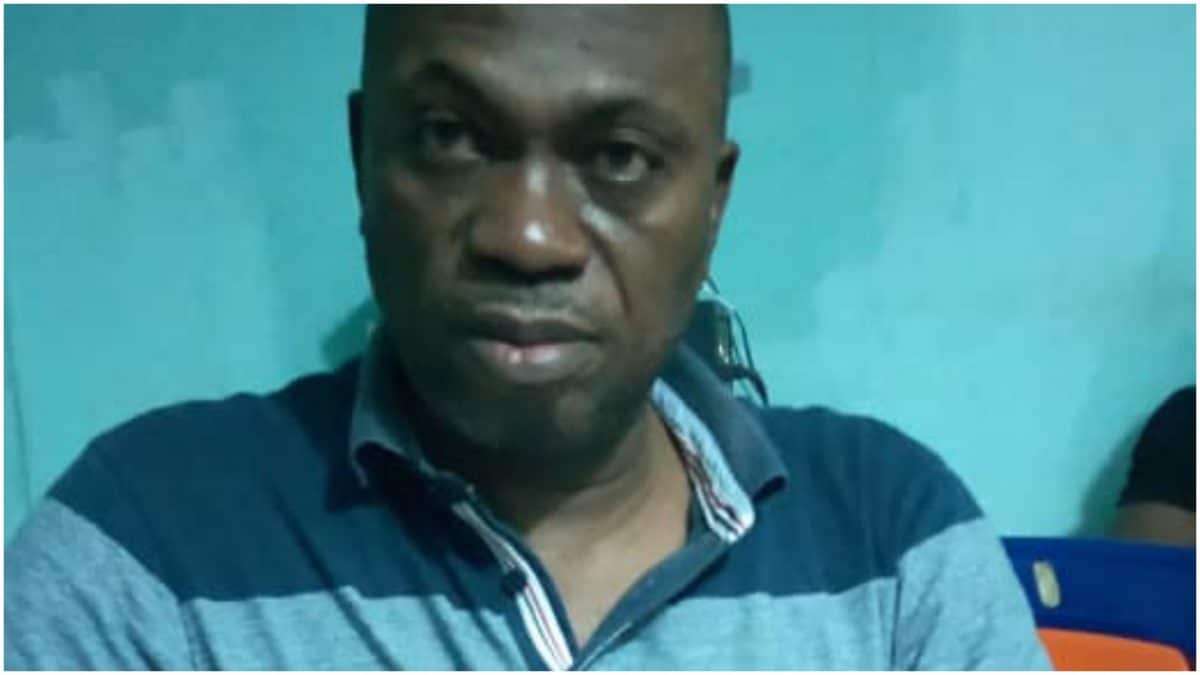 Benue Police has confirmed the arrest of a Member of the Benue Assembly Representing Katsina-Ala Constituency, Hon Jonathan Agbiye.

Agbidye was arrested in possession of a Toyota Hilux vehicle believed to belong to the late Justice Tine Tur.

He’s currently being taken to Abuja by the mobile squad.

Hon Agbidye is a member of the All Progressives Congress, APC and he won the 2019 Benue State House of Assembly election on the platform of the APC.

Reports from Katsina-Ala before and during the elections said notorious kingpin and wanted man, Terwase Akwaza, alias Gana, who is also said to have strong links with APC allegedly sponsored Jonathan Agbidye for the election “to represent him” in the House.

Gana, it was rumoured, had threatened that anyone who contested and defeated Agbidye would not remain alive to enjoy his tenure in the Assembly.

As a result of Gana’s threat to kill, the PDP candidate in Katsina-Ala who contested against Agbidye refused to file a petition against INEC’s declaration of the APC candidate as winner of the election.

Information has it that someone (name withheld) wrote a petition to the Inspector-General of Police on the suspected criminal activities of Agbidye including his ties with Gana.

The IGP, acting on the petition, detailed his men who began to trail the Benue lawmaker till he was nabbed in possession of the said stolen hilux vehicle.

When contacted, the state’s Police Public Relations Officer, DSP Anene Sewuese Catherine, confirmed the presence of IGP IRT team but yet to get the full details.

“I can confirm the presence of IRT in Benue but not sure of the arrest yet. I will meet with the team leader to get the full details shortly,” she said.