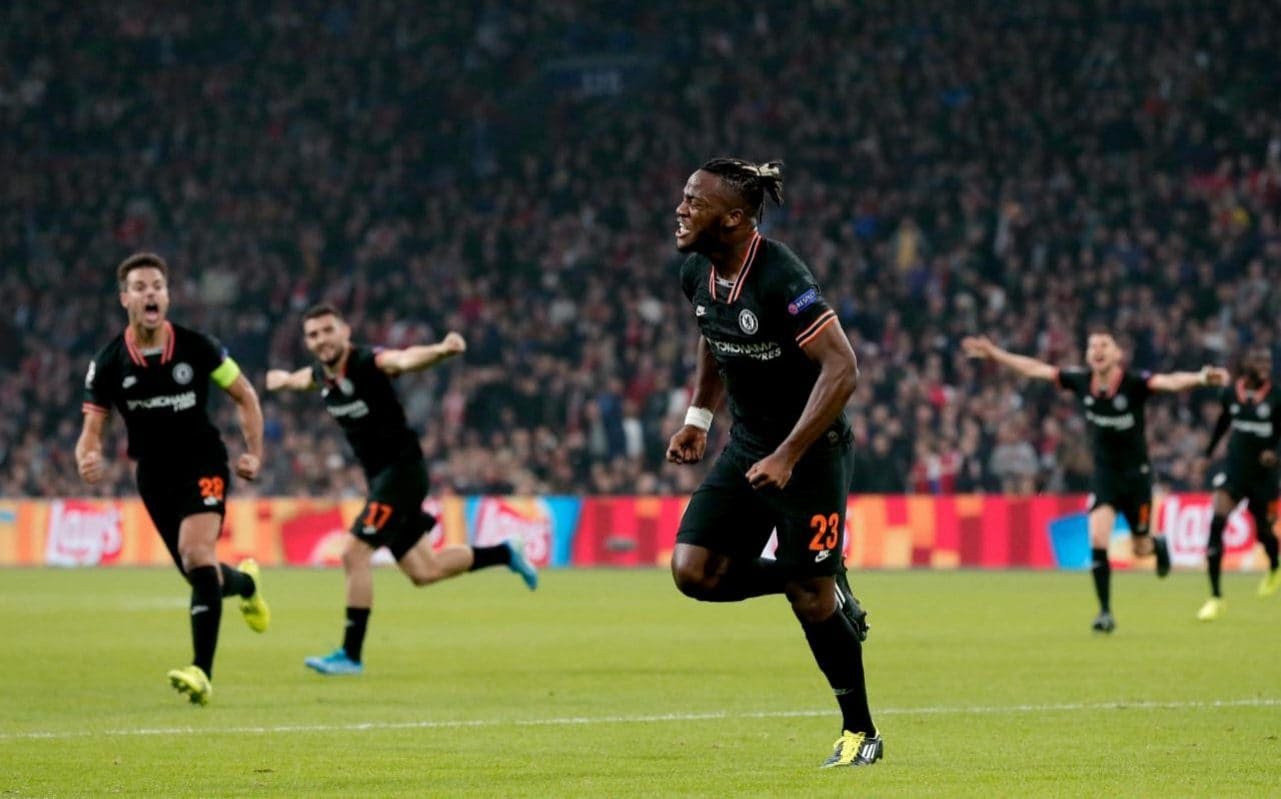 The Belgium striker fired in off the underside of the bar from close range in the 86th, 15 minutes after coming on as a replacement for Tammy Abraham. Another of coach Frank Lampard’s subs, Christian Pulisic, provided the cross.

The Dutch giants, Ajax had won both their Group H games prior to the visit of Frank Lampard’s side but struggled to break down their disciplined opponents and were undone when Batshuayi slammed home in the final few minutes.

Ajax did have a goal ruled out by the Video Assistant Referee in the first half when Quincy Promes’ strike was ruled out by the smallest of margins, while Edson Alvarez headed against the post after the break.

But Chelsea fully deserved their win for a hugely impressive away performance as they recorded a second successive win that moves them top of the group, level with Ajax on six points.

The victory sets things up for a tantalising top-of-the-table meeting between the two sides at Stamford Bridge on 5 November.