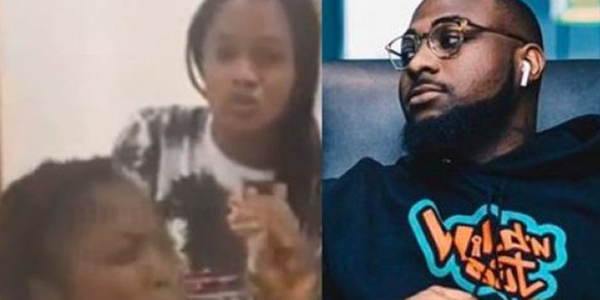 Davido has promised to sue the two sisters who earlier made a video, accusing him of impregnating one of them and denying to take responsibility of the pregnancy.

Davido reacted in a lighter tone earlier on the trending issues of two ladies claiming they slept with him at Eko Hotel and one of them is pregnant. However, he has taken it seriously and promised to make sure the ladies involved are jailed.

According to him, this clout/internet validation thingy is getting out of hand. On Instagram, he wrote;

“This hoes going to jail.. mark my words”.

He then took to Twitter to confirm what he said. He wrote;

“Y’all taking this clout chasing and social media shit too far!! Imma go to the end of the world and use all my power to make sure dem hoes end up in prison!!!!!”